Book Reviews :The Secrets She Keeps by Michael Robotham 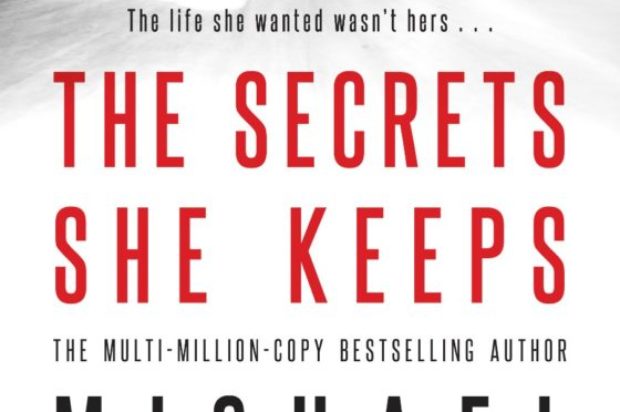 The Secrets She Keeps by Michael Robotham

There’s no such thing as a perfect life, and Meghan Shaughnessy is well aware of that irritating fact. For all that she presents as having the perfect life, reality falls far, far short of the dream. For Agatha, though, spending her days struggling in a dead-end job, Meghan’s life is the stuff of dreams.

Both women have secrets, the kind they’d do anything to protect, and the kind that will destroy all that they love and hold dear. But with control slipping further and further from their reach, can such dangerous secrets ever stay buried?

Michael Robotham is one of the masters of crime and thriller writing, with a habit of creating compelling, edge of your seat stories far too good at getting into the minds of the antagonists. These aren’t your ‘evil for the sake of it’ style villains, where their erratic behaviours and inability to blend in is both scary and oddly reassuring. Instead, Robotham plies his craft in service of the antagonists who blend too well to be seen, the sort to keep you awake for nights after, terrified of the neighbours.
This is storytelling at its finest, a visceral and horrifying jaunt through every parent’s worst nightmare brought to skin crawling life. This story feels real, too real to be comfortable.

For those who like crime novels populated with oblivious police needing to be hand-held by snarky older ladies, this might not be your particular brand of vodka. The police here are smart, capable, and in no need of retiree intervention. Still, this isn’t your typical police procedural, where every step is laid out before the reader. Instead, it’s the leading ladies who steal the show.
Meghan is breathtaking in her desperation, a strong woman at the end of her patience, unsure of how to keep everything together as her world falls apart. Forced to question her every choice, feeling the walls closing in from every angle, it’s impossible to look away from her quest for survival.

Agatha, too, is the sort of powerhouse character who’ll stick in your memory long after you’ve given the novel a home on your shelves. Meghan might be the typical beauty, yet there’s something dazzling in Agatha’s ordinariness. Both women could so easily be us, or our friends, or our beloved family members. Robotham truly has a gift for ‘there but for the grace of God’ storytelling.
‘The Secrets She Keeps’ isn’t a great reading choice if you’re about to have an addition to the family, or if you’ve just had one. Maybe put the book aside for a while, and come back in a few months. But if you’re looking for an edge of your seat page-turner with the promise of a few sleepless nights, you’re probably going to love it.

‘The Secrets She Keeps’ is published by Hachette, and is available where all good books are sold.