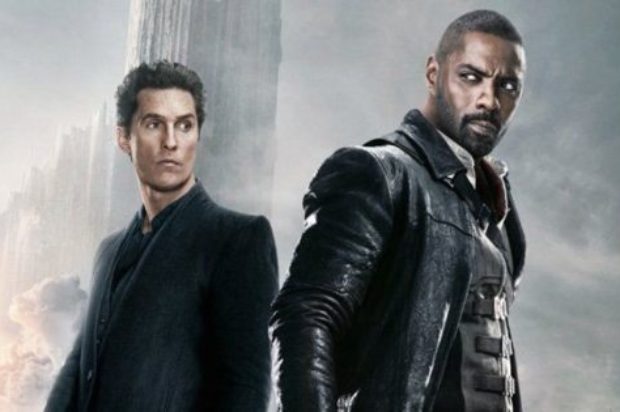 Having committed a cardinal sin by not reading the source material of Stephen King’s ‘The Dark Tower’, I can only imagine how bitterly disappointed the legion of fans who have read the novel series will be with this jumbled cinematic adaption. Playing out more like someone wrote a tween-lite version of King’s prose, and it was that which was given the cinematic treatment, this is a frustrating product due to the evident talent and potential at the ready.

Everything’s a bit nonsensical in director Nikolaj Arcel and co-writer Akiva Goldsman’s script, a matter only made worse given its scant 90 minute running time, with 8 books worth of material congested into a tinier package that only highlights the vast quantity of story they are unable to master. The base storyline focuses on young Jake Chambers (Tom Taylor), a New York teenager whose nightmarish visions of another dimension and a mysterious figure known as “The Man In Black” (Matthew McConaughey) have his parents understandably concerned. When Jake’s confusing visions prove true and “The Man In Black” crosses over from his own dimension to Earth, in a bid to harvest children, it’s up to Jake and tortured hero The Gunslinger (Idris Elba) to rid him from both their worlds.

Given how rushed the story arcs are for the three lead characters, it’s somewhat of a miracle that they manage to be as effective as they are. In a more refined product Elba would have been nothing less than iconic as The Gunslinger as the charismatic actor gives it his all, oozing equal parts machoism and vulnerability throughout; the moments he and Taylor share together hint at quite a nurturing relationship that deserved to be explored. As for McConaughey, he’s clearly having fun as the villain, chewing scenery wherever he can with a nice hint of malevolence and seductiveness in his delivery, though he ultimately proves a little too easy to conquer, and the reasoning for him having an other-worldly IT crew working for him is never explained.

After so many failed attempts to get ‘The Dark Tower’ up and running – J.J. Abrams and Ron Howard have both been attached as directors since it was first announced back in 2007 – it’s a shame that it has finally come to fruition in such a haphazard manner. The notion of a franchise is evident, but alarmingly the film feels like it wraps itself up enough that further stories appear pointless. This is a true non-starter of a film, one that has reliable ingredients it isn’t confident in utilising, only ever briefly teasing its possibilities before succumbing to its own mediocrity and self-doubt.