CELEBRATIONS WERE HIGH FOR 40TH ANNIVERSARY OF PANIYIRI GREEK FESTIVAL

DANCING food greek festival haloumi paniyiri 2016 selfie by Caroline Russo | on May 29, 2016 | 0 comments | in Entertainment | Like it Thousands of people all over Brisbane were united at the 40th Paniyiri Greek Festival held at Musgrave Park for over the weekend . Each year this event has grown and the atmosphere of this festival combined with all the food and entertainment. The main guest ambassador of the festival was Effie the year greek goddess herself and she delighted the crowds with her quick wit.

Also the festival stands for about reflecting on how PANIYIRI has become such an important cultural and social beacon for the Greek community in Brisbane, and the longest running Greek festival in Australia. Presented by the Greek Orthodox Community of St George Mr Michael Anastas this year they announced four recipients of the inaugural Paniyiri Medal.

Over four decades Paniyiri has grown to become Queensland’s signature celebration of all things Greek and the state’s largest cultural festival as well as the country’s longest running Greek festival – it’s a long way from the idea that started in 1976 when a group of passionate Greek Australians wanted to share their cultural traditions with Brisbane. Fast forward to 2016 and this kaleidoscopic cultural explosion is now legendary.

Mr Alex Freeleagus
The late Alex Freeleagus, an accomplished lawyer by profession and former Honorary Consulate General of Greece in Queensland was the founding Chairman of the 1976 “Ekthesis” Organising Sub-Committee of the Greek Orthodox Community of St George, Brisbane – which became the festival we know as Paniyiri! His vision and passion led the establishment of Ekthesis/Paniyiri and he was determined that the culture endure for generations to come, and be enjoyed by all. He served as the longest serving Consul General in Queensland.

Emeritus Professor Bob Milns, University of Queensland
Emeritus Professor Bob Milns was the former head of the Classics and Ancient History at the University of Queensland appointed in 1970, until his retirement in 2003. A first class honours graduate of Leeds University, he forged an early relationship with the Greek Orthodox Community of St George, Brisbane and was a founding member of the 1976 Ekthesis Committee. Professor Milns has contributed hundreds if not thousands of hours in lectures and attendances on all matters of history and culture. He is a true Phil-Hellene and was appointed a Life Member of The Greek Club in 1996. The partnership that the Community enjoys with Universities today would not be possible without Professor Milns’ contribution and vision.

The Coffee Club
The Coffee Club has been the key corporate sponsor of Paniyiri for over 28 years, in one of the longest, continuous corporate sponsorships in AUSTRALIA. It’s founding directors and owners Emmanuel Drivas, Emmanuel Kokoris and John Lazarou (who has been the two-day Paniyiri MC onstage for the past 16 years) are part of the fabric of the Greek Community of Brisbane. From a single store in Eagle Street in 1989 to a global chain of stores and other ventures the boys from Brisbane have always been passionate about showcasing their Greek heritage.

Mr Chris Kazonis
The man behind this festival – Chris Kazonis is a past President of the Greek Orthodox Community of St George, Brisbane (GOCSTG), past President of the Greek Orthodox Youth Association (GOYA) and has held the position of Chair of the Paniyiri Festival Organising sub-committee since 1991 – a true feat in itself! Chris is a successful real estate professional and local Greek identity has been a major driver of Brisbane’s Greek Community for over 40 years and continues to hold a position as a Councillor of GOCSTG. Through Chris’s amazing guidance, drive and commitment the Paniyiri has grown each year and has raised the bar to the heights we enjoy today. 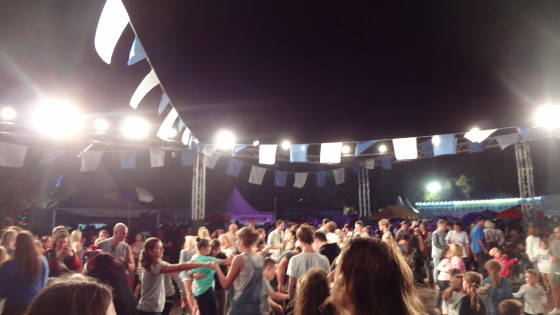