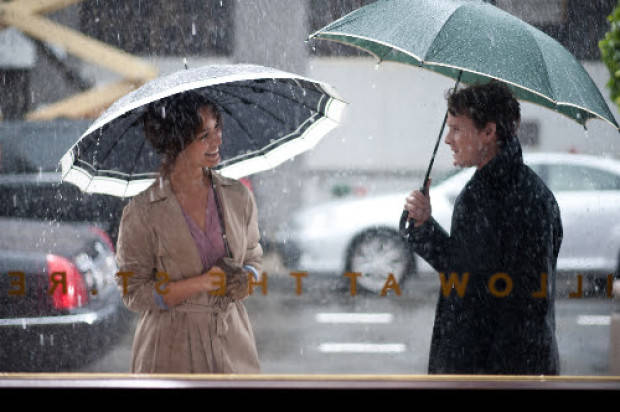 A chance encounter on the streets of Manhattan draws 20-something aspiring writer Brian (Anton Yelchin) into a passionate love affair with a glamorous French woman (Skyfall Bond girl Bérénice Marlohe). The catch? She’s married, and can only meet him for hotel room trysts between the hours of 5 and 7. As Brian yearns for more than just two hours a day with the woman of his dreams, he learns hard-won lessons about life and love. Co-starring Frank Langella, Glenn Close, and Olivia Thirlby, this sexy romance captures the giddy thrill, the pain and the comedy of being young and falling in love.

Brian (Anton Yelchin), a talented young writer, meets the beautiful, intriguing Arielle (Bérénice Marlohe) over a cigarette outside the Manhattan St. Regis. She’s older than he, married, French, and the mother of two. “You can stop that sentence anywhere along the way,” Brian’s father tells him, “and have reason enough not to be in the relationship.” But neither party can resist the other, and, against his better judgment — he was raised right — they begin a cinq-a- sept affair. Before long, Brian has broken every rule he ever had for himself. And he’s never been happier.

Amid the comedy of the clash of cultures, world views, personal ethics and dietary preferences, peppered by the surprising reactions of those around them, Brian and Arielle fall more and more deeply in love. But, while the hours of 5 to 7 each day may suit Arielle perfectly, Brian begins to hunger for more. Soon, they must face the most important decision of their lives.

We don’t choose love, it chooses us. The question is how hard we’re willing to fight for it when there are a thousand reasons to let go. In 5 to 7, the remarkable answer is equal parts romance, laughter and tears.