ANGRY ANDERSON TALKS TO ANDREW DENTON AND HIS NOT ANGRY

andrew denton angry Anderson interviews by Caroline Russo | on April 23, 2019 | 2 comments | in Entertainment | Like it 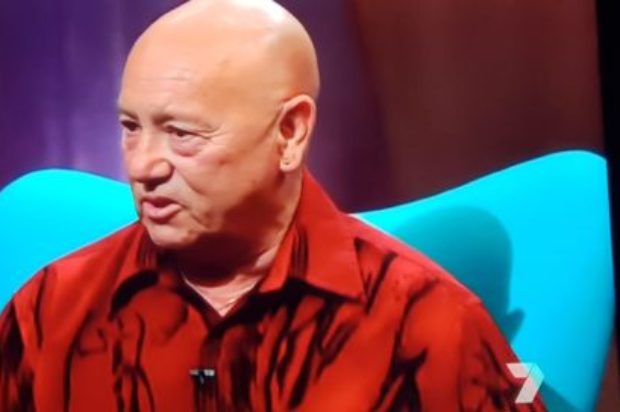 Andrew Denton interview show on seven network was conducted in a very trusted agreement in having Rocker Angry Anderson and his daughter Roxanne to talk on how they have processed since the tragic loss of his son Liam.
With a very emotional discussion that the veteran host agreed not to discuss the details of the night of Liam’s death or even mention his name — the 71-year-old opened up about the last six months.

Liam Anderson, 26, died after the altercation with Matthew Flame, 20, in Queenscliff just after 6am on the morning of November 4 last year.

Flame, who was under the influence of drugs and alcohol, allegedly killed Liam after the aspiring rapper went to his assistance.

Being asked if he is angry still Anderson says “I know that I can’t use anger to express myself,” but “I am not angry. I am just profoundly sad. The bad days are awful. Sometimes I just don’t leave the house. Nothing can describe those first terrible days.”

Sitting by her father’s side, Liam’s older sister Roxanne described her brother as “just such a beautiful soul”. “He was so kind and very gentle, very similar to what dad is like with us,” she said.

“He always saw the best in everything, he was positive. He had so much love to give to everyone, not just his family, complete strangers. He had amazing strength for such a young person. If he wanted something he worked hard to get it, especially around his music.”

In terms of being asked to describe how it feels, Roxanne says it is like a deep black hole and cliff you fall off and keep falling off and it’s a wield experience and can’t put a time frame on the process of grieving but as it still only months you learn to understand the process.

The show will be repeated in 7 PLUS.