cinefestoz Rachael ward screenwest by Caroline Russo | on August 8, 2019 | 0 comments | in Film News | Like it 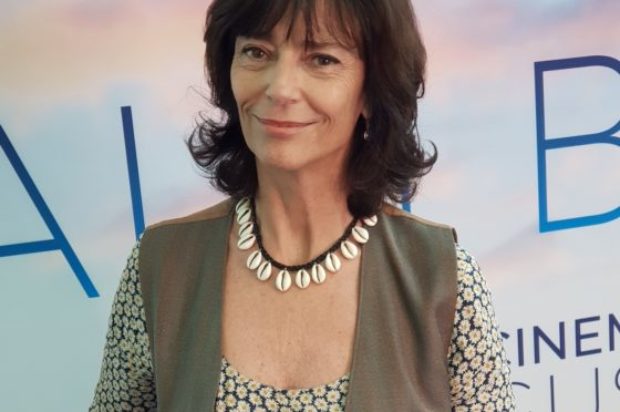 The respected director and writer will head the jury that votes on the CinefestOZ $100,000 Film Prize, which recognises the best Australian feature film in competition at the festival.
CinefestOZ Chair Helen Shervington said Ward was a natural choice to lead the select group of esteemed film industry professionals who determine the winner of the country’s richest film prize.
“Rachel is an absolute leading light in the Australian film and television industry and, as a previous guest of CinefestOZ, understands what the festival is all about,” Shervington said.
“We are delighted to have been able to secure someone of Rachel’s calibre for this important role and look forward to welcoming her back to the South-West in August.”
Ward has directed and written film and television projects in Australia for the past 15 years, and is a multi-Golden Globe nominated actor.
Her films, which have garnered multiple award nominations and wins, include Beautiful Kate, starring Ben Mendelsohn and Rachel Griffiths, which received 11 AFI awards; the ABC mini-series An Accidental Soldier, which received an ACCTA nomination for Best Director and Best Film; and Showtime’s six-part series Devil’s Playground, which won the Logie for Most Outstanding Miniseries or Telemovie.
Most recently she completed the film Palm Beach, starring Bryan Brown, Greta Scacchi, Sam Neill and Richard. E. Grant, which opened the 2019 Sydney Film Festival and releases 8 August.
Ward said she was honoured to have been asked to chair the Film Prize Jury and was looking forward to returning to the South-West for CinefestOZ.
“I have been to CinefestOZ twice, once with my daughter (Matilda) who was a guest and once showing a ScreenWest/ABC film Accidental Soldier,” she said. “I loved the hospitality there both times.
“It’s a fantastic prize that CinefestOZ offers and I can’t wait to be part of it all again this year and to get my Australian film fill.”
The CinefestOZ Film Prize encourages excellence in Australian filmmaking by providing a $100,000 financial award to an Australian feature film.
In 2018, the CinefestOZ Film Prize was won by Jirga, an Australian drama written and directed by Benjamin Gilmour about a former Australian soldier returning to Afghanistan to seek forgiveness from the family of a man he killed while serving in the war.
Jirga went on to win the AACTA Award for Best Indie Film and was chosen as Australia’s submission for the Academy Award for Best Foreign Language Film for the 91st Academy Awards.
This year’s Film Prize finalists will be revealed on Thursday, 4 July at a CinefestOZ taster in Sydney.
Ward will be joined on the 2019 CinefestOZ Film Prize Jury by a selection of esteemed film industry professionals to be announced soon.
The full CinefestOZ film and event program and ticket sales go live on 26 July. Early Bird tickets will be available from 5 July through the CinefestOZ website www.cinefestoz.com
CinefestOZ is supported by the State Government through Tourism WA’s Regional Events Program. Rio Tinto is a proud Premium Partner of CinefestOZ. The festival acknowledges its strong partnership with Screenwest, Western Australia’s screen funding and development agency.
Early Bird ticket sales – 5 July
Full ticket sales – 26 July
Festival dates – 28 August – 1 September 2019
For more information visit cinefestoz.com