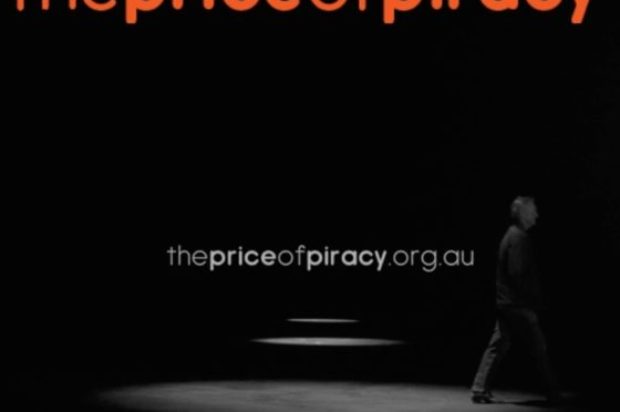 Creative Content Australia (CCA), an industry organisation committed to raising awareness about the value of copyright and the impact of content theft on the screen industries, has launched Australia’s biggest ever anti-piracy consumer campaign.
The launch follows the August 18 ruling by the Hon. Justice John Nicholas ordering ISPs to block 42 websites found to be primarily engaged in facilitating access to copyright-infringing content (Roadshow Films Pty Ltd & Others).

Orders were also made on August 18, in a separate case lodged by Foxtel in the Federal Court, to block a further 17 infringing websites.
Since the first site-blocking orders were made in December 2016, the Federal Court has ordered 65 piracy sites to be blocked, and over 340 domains.

Content links on infringing sites have become the number one method of propagating malware on the internet , with one in three sites exposing users to malicious software that can steal personal information like addresses, bank details, credit cards and passwords, and facilitate identity theft.
Ransomware – spreading globally in pandemic proportions – can lock a computer and encrypt files so they become inaccessible until a ransom is paid. Research also shows nearly 40 percent of Android VPNs – often used by pirates to circumvent blocks to access pirate sites – are affected by malware .

The campaign is unprecedented in its scale, coverage and industry support, involving the production, distribution, exhibition, television and online sectors. Two TV spots featuring leading Australian actor Bryan Brown – a 30-second and a 15-second version – will screen in most cinemas, with significant presence on free-to-air and subscription television and on selected websites.
Creative Content Australia’s 2016 research reveals that, despite the proliferation of legal content options, 21 percent of Australians aged 18-64 admit to pirating content at least once monthly. The level of piracy amongst 12-17s is at 26 percent while the number of Australians aged 12-13 who stream or download from pirate sites has increased significantly: from 14 percent in 2014 to 23 percent in 2016.

Graham Burke, Chairman of Creative Content Australia, applauds the latest Federal Court judgement, saying, “Site-blocking has been very effectively implemented around the world and proven to reduce the theft of screen content as well as increase the use of legal sites. The thieves who run pirate sites contribute nothing to Australia – they employ no-one and pay no taxes here. Of the enormous profits they earn, not one cent goes back to the original creators of the content.”

An Incopro study of the site blocks already introduced into Australia after the December 2016 and February 2017 Federal Court decisions has shown a 71.7 percent decrease in the overall usage of the blocked sites.

Creative Content Australia’s Executive Director Lori Flekser added: “We are proud to bring this new campaign to Australians. Consumers, often unwittingly, bear significant costs of illegal streaming – not only will they suffer from diminishing investment in the content they love to consume but pirate sites are amongst the most hazardous places on the internet.”

This finding is consistent with usage patterns identified in other countries where usage decreased by around 70 percent initially.
In ‘The Price of Piracy’ spots, Bryan Brown draws attention to the high price consumers might pay by compromising their personal data when accessing screen content from online pirate sites and reminds Australians they can watch films and TV shows legally – on the big screen, on high quality DVDs, pay TV or online.

“We are honoured Bryan Brown agreed to work with us on this campaign and hope it will lead to a reduction in piracy rates in Australia”, said Burke. “He is supported by numerous producers, directors, writers, actors and the thousands of industry professionals who believe that piracy undermines their ability to develop sustainable careers.”

Preview ‘The Price of Piracy’ campaign featuring Bryan Brown (30 sec) at www.thepriceofpiracy.org.au. Contact Creative Content Australia to pledge your support to screen the consumer campaign, or promote it via your social channels/database.