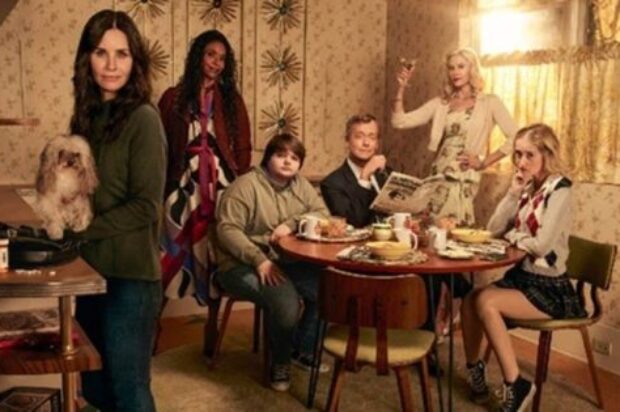 The series follows Pat (Cox) and Terry Phelps (Kinnear) as they decide to cash in their life savings and move from a cramped apartment in Brooklyn, to an old Victorian mansion in Connecticut as a last-ditch effort to save their marriage from Pat’s torrid affair with the handyman. The Phelps quickly learn why the agents were so motivated to sell the house – a few details were glossed over including a triple murder-suicide and a host of other atrocities they neglected to mention.

Shining Vale is executive produced by Jeff Astrof from Other Shoe Productions, Sharon Horgan and Clelia Mountford (Motherland, This Way Up,) from Merman, Aaron Kaplan (The Chi, The Neighborhood) and Dana Honor (A Million Little Things, The Unicorn) from Kapital Entertainment. Courteney Cox is producer. Astrof wrote the pilot teleplay, from a story by Horgan & Astrof. The series is produced by Warner Bros. Television and Lionsgate Television in association with Other Shoe Productions, Merman and Kapital Entertainment.