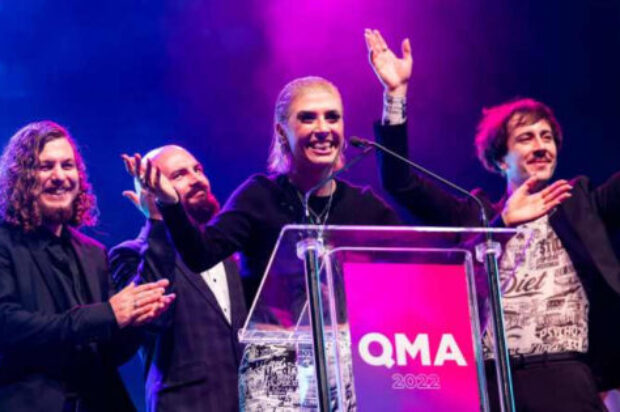 Queensland artists, filmmakers, festivals and venues have gained a one-week extension to nominate for the 2023 Queensland Music Awards (QMAs). The new deadline for submissions is midnight Monday, 5 December.

The announcement comes with the release of the first round of official judges, with over 70 music industry executives enlisted, providing nominees the opportunity to have their music heard by a diverse list of the nations’ finest festival programmers, booking agents, A&R, media and tastemakers.

The 2023 awards have already enjoyed a flood of high calibre entries, with the events’ status showcased by 2022 category winners, including The Jungle Giants, Sycco, Waax, Miiesha, Casey Barnes and Jem Cassar-Daley, to name a few.

Entries have additionally been extended for the coveted Billy Thorpe Scholarship and Carol Lloyd Award, giving applicants one more week to submit to be in the running for two career-boosting $15,000 cash prizes. Supported by the Queensland Government, these awards support recording and touring, with the winners announced at the 2023 QMAs.

Toowoomba based artist Cloe Terare, describes winning the 2022 Billy Thorpe Scholarship and 2021 Regional Award as “an absolute honour”, encouraging artists from all across Queensland to apply.

“Putting my songs into the nominations was one of the best decisions I’ve made in my career. A year later I was nominated for the Billy Thorpe Scholarship and won!”, said Terare.

“You really never know what could happen so I would urge all upcoming artists to enter their songs. Winning the Billy Thorpe Scholarship has meant I can create knowing I have some support on the financial side and the support of people who really care about my art.”

Also now open for nominations, The People’s Choice Awards give the public the opportunity to champion their favourite Festival, Metropolitan and Regional venue, currently held by Airlie Beach Festival of Music, The Tivoli and Night Quarter, respectively.

Produced by QMusic, the 11th annual Queensland Music Awards will return to the decadent Fortitude Music Hall on Tuesday 28 March, 2023. Tickets will be available to the general public early next year.

Artists, filmmakers, festivals and venues are invited to nominate by Monday 5 December at queenslandmusicawards.com.au