The APSA for Achievement in Directing, for the third time in the history of the event, went to Turkish director Nuri Bilge Ceylan for his already Palme d’Or winning film Winter Sleep (Turkey, France, Germany). The award was accepted on the night by his long time producing partner Zeynep Özbatur Atakan.

The awards recognise and promote cinematic excellence and cultural diversity of the world’s fastest-growing film region: comprising 70 countries and areas, 4.5 billion people, and responsible for half of the world’s film output. “This evening’s winners have displayed cinematic excellence through their films and they should be congratulated on their achievements,” said Brisbane Lord Mayor Graham Quirk said. 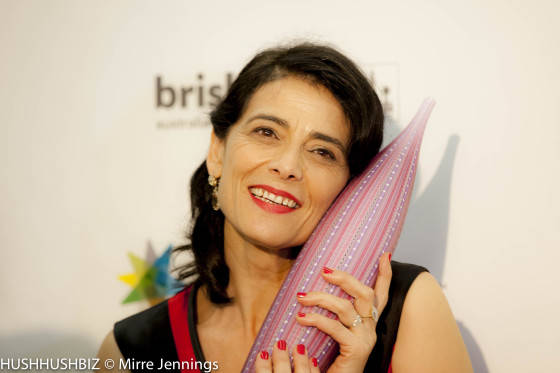 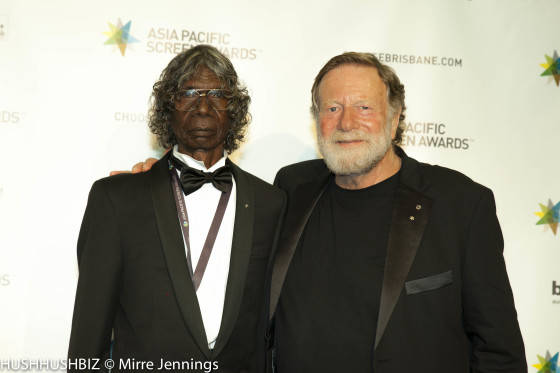 “The awards enrich Brisbane’s cultural relationship with our regional neighbours and strengthen our position in the Asia Pacific market.”

Best Performance by an Actor went to New Zealand’s Cliff Curtis for his role in film The Dark Horse , with iconic Australian actor David Gulpilil receiving a Special Mention for his role in Charlie’s Country.

Best Performance by an Actress was awarded to Lü Zhong for Red Amnesia (People’s Republic of China), with a Special Mention going to Iranian actress Merila Zareie for her performance in Track 143.

These two categories were presented by award-winning actress, APSA winner and APSA International Jury member Hiam Abbass, with all four actors and actresses in attendance.

The UNESCO award for outstanding contribution to the promotion and preservation of cultural diversity through film was awarded to Shawkat Amin Korki for directing Memories on Stone (Iraqi Kurdistan, Germany).Memories on Stone was also a recipient of the MPA APSA Academy Film Fund script development grant in 2011.

Best Documentary Feature Film was awarded to 1001 Apples , produced, written and directed by Taha Karimi. Sadly, Taha Karimi passed away shortly after completing the film. The award was accepted by his brother Hawre Karimi. The jury said of the film, ‘An atrocity of the enormity of that experienced by the Kurdish people has caused deep psychological after-effects. 1001 Apples takes the audience into that darkest place and produces a deeply moving explication through the voices of the survivors of genocide. The judges were moved to tears as 1001 apples (and cloves) come to symbolise reconciliation for families and their loved ones.’

Best Animated Feature Film was won by The Tale of Princess Kaguya , produced by Yoshiaki Nishimura and directed by Isao Takahata. Following multiple nominations, this marks the first APSA win for a film from Japan’s renowned Studio Ghibli.

Iranian writer/producer/director Reza Dormishian is the 2014 recipient of the APSA Academy NETPAC Development Prize for his second feature film I’m Not Angry ! An award for emerging talent, the APSA Academy NETPAC Development Prize of USD$10,000, proudly supported by the Griffith Film School, Griffith University, is awarded to a first or second-time feature filmmaker in the narrative feature competition.

In 2014, 36 films from 21 Asia-Pacific countries and areas received APSA nominations. Over 250 films were considered in competition from 42 countries.

APSA, proudly presented by Treasury Casino and Hotel, is supported by Brisbane City Council and managed by economic development board Brisbane Marketing in a unique collaboration with Paris-based UNESCO and FIAPF.

In 2011, the European Film Academy formed an academy alliance with APSA, acknowledging the pan regional works of both organisations. An EFA Academy member sits on the APSA International Jury each year in acknowledgement of this coalition.