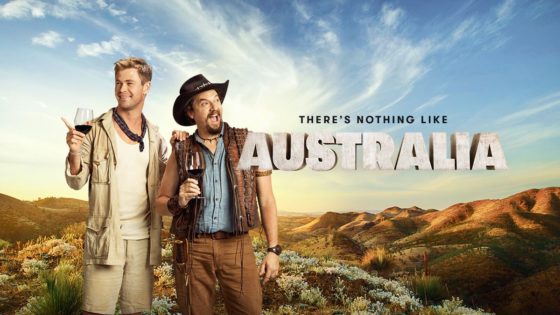 Super Bowl (the Big Game), 5TH Feb was the most watched television broadcast in the United States, kicked off a new A$36 million marketing push by Tourism Australia, aimed at supercharging the value of American tourism Down Under.

Australia’s Minister for Trade, Tourism and Investment, the Hon Steven Ciobo MP said 2018 presented the perfect opportunity to ‘aggressively target’ the US market.

“The United States is a critical market for Australia, with close to 780,000 American visitors spending A$3.7 billion per year. A favourable exchange rate and strong aviation capacity leading to highly competitive airfares makes this the right time to increase our investment in the United States.

“Whilst Australia ranks highly among Americans in terms of desirability and awareness of our tourism offerings, we lag behind our competitors when it comes to actual bookings. This new campaign will address this conversion challenge.

“This is the single largest investment Tourism Australia has ever made in the US market and one we believe will grow annual spend by American visitors to A$6 billion by the year 2020.

“It’s amazing to have Australia’s stars come together for their country and support this campaign. Aussie icons like Chris Hemsworth, Margot Robbie and Hugh Jackman are huge in the US, their popularity will help showcase Australia and get the message out to visit Australia,” he said.

The campaign was officially kick started with a new broadcast ad, unveiled to a TV audience of more than 100 million Americans during the Big Game.

Initially giving the appearance of an official film trailer for a new Crocodile Dundee movie, the 60 second ad then cleverly switched into an incredible showcase for Australian tourism.

The ‘new’ 2018 movie, Dundee: The Son of a Legend Returns Home, was first flagged in mid-January, with a series of short teaser films taking the form of a traditional studio promotional campaign.

The carefully orchestrated PR and social media campaign encouraged fans to tune in and watch the ‘official movie trailer’during the Big Game where, helped by a cameo appearance by Paul ‘Crocodile Dundee’ Hogan, Tourism Australia’s new campaign was ultimately revealed.

Tourism Australia Managing Director John O’Sullivan said the promotional power of the Crocodile Dundee franchise today was as a strong as when the original movie was released in 1986.

“Crocodile Dundee put Australia on the map for Americans in the ’80s. The film helped shape their view of Australia, showing them our country’s natural beauty and Australians’ friendly and welcoming nature. And it remains relevant today, with our research showing that Mick ‘Crocodile’ Dundee is still a character Americans believe warmly represents the Australian way of life.

“Chris and Danny, along with the cameo appearances in the teasers from so many well-known Australian stars, has given us real star power to capture America’s attention again. The Big Game has the largest reach of any advertising platform in the US, with more than 100 million Americans tuning in and many more millions globally. It’s the perfect platform to begin rolling out our biggest tourism push in the US in over 30 years, with more than 20 commercial partners primed to start converting the huge interest we’ve generated into bookings,” he said.

Dundee campaign behind the scenes Chris Hemsworth and Danny McBride

Tourism Australia’s global tourism ambassador Chris Hemsworth said that being involved in the new campaign was a huge honour and had also been a lot of fun. “Crocodile Dundee and Hoges did an outstanding job thirty odd years ago of captivating American audiences and putting Australia onto their travel wish lists. I’d like to think the inspiration the film has provided for this new Tourism Australia campaign will ultimately translate into similar success,” he said.

To convert interest into bookings, Tourism Australia has also published tailored travel itineraries and inspiring destination information on Australia.com supported with a dedicated campaign ‘marketplace’ which includes airfare and tailored holiday offers from 20 campaign partners, all aimed at encouraging Americans to book a trip Down Under.

Qantas Group CEO, Alan Joyce, said that the national carrier was excited to support this innovative campaign that encourages more Americans to travel to Australia.

“For our customers their experience of Australia begins the moment they step into our lounges and on-board where, we showcase the best local food, wine and hospitality.

“Qantas offers more flights between the U.S. and Australia than any other airline and we’ve been doing it for more than sixty years. We look forward to helping more Americans experience all that our beautiful country has to offer and showing just how easy it is to get here,” Mr Joyce said.

“Australia is home to 65 unique wine regions and thousands of world-class vineyards that craft wines of exceptional quality. We are thrilled to support this campaign that encourages more people to visit Australia to discover the beauty and sophistication of our wine regions and enjoy a glass of fine Australian wine,” Andreas Clark, CEO, Wine Australia said.

All of Australia’s states and territories are featured in the campaign with locations, products and experiences carefully chosen to resonate most strongly with high value American travellers looking to experience Australia.