A MONTH OF MUSIC IN MARCH AT QPAC

concerts brisbane Katie Noonan QPAC by Caroline Russo | on December 14, 2021 | 0 comments | in Entertainment | Like it 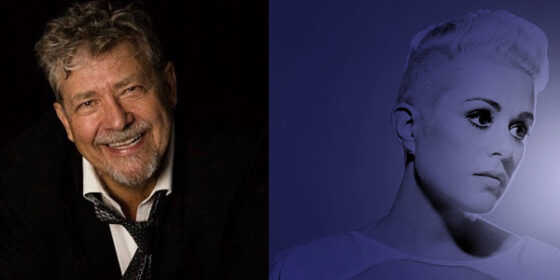 A MONTH OF MUSIC IN MARCH AT QPAC
From pop, rock and swing to Broadway hits, orchestra and opera, Queensland Performing Arts Centre’s (QPAC) Concert Hall will be chockers with something for all music fans this March.

The month of music kicks off with celebrated Queensland artist Katie Noonan presenting Joni Mitchell’s Blue, accompanied by a stellar six-piece band, to commemorate the 50th anniversary of this landmark album on 1 March 2022.

Five-time ARIA Award-winning artist, Noonan is regarded as one of Australia’s most versatile and prolific artists. Named one of the greatest Australian singers of all time (Herald Sun), Noonan has produced 20 studio albums throughout her career, with seven times platinum record sales under her belt and 27 ARIA Award nominations spanning diverse genres.

Noonan describes Mitchell’s artistry and music genius as unparalleled, and credits Blue as an album that unequivocally changed her life.

Just announced and with tickets on sale from Wednesday 15 December 2021, Katie Noonan – Joni Mitchell’s Blue will be a special concert that is not-to-be missed by Joni Mitchell fans and lovers of music and poetry alike.

Combining traditional and contemporary music from the East and West, the sublime program includes the acclaimed Chinese classics Butterfly Lovers Violin Concerto and the Yellow River Piano Concerto, alongside other enchanting works.

The music keeps coming as the famed time-twisting musical collective that puts pop music in a time-machine brings Postmodern Jukebox–The Grand Reopening Tour to QPAC on 3 March 2022. Pop-jazz phenomenon and creator Scott Bradlee is promising audiences “the most sensational ’20s party this side of The Great Gatsby”.

On 6 March 2022, Philip Quast, one of Australia’s best-loved and most internationally recognised performers, will present an intimate wrap up of his stories from a lifetime in the theatre, in an eclectic blend of songs accompanied by his good friend Anne-Maree McDonald at the piano.

A true star with a four-decade career spanning musicals, plays, film and television, Philip first won the hearts of Australians who grew up watching Play School. Winner of three Laurence Olivier Awards for his roles in Sunday In The Park with George (Donmar Warehouse), South Pacific (National Theatre) and The Fix (Donmar Warehouse), Philip shot to prominence when he appeared as Javert in the original 1987 Australian production of Les Misérables – a role he later reprised on the West End and at The Royal Albert Hall.

The performance by this acclaimed musical theatre star as he returns to QPAC’s Concert Hall stage is set to bring the house down.

The musical fun continues on 16 March 2022 with The Celebration of Swing, a spectacular concert honouring the famous American Big Band leaders like Glenn Miller and Benny Goodman, and their orchestras from the 1940s, the golden era of swing.

It’s back to the West End and Broadway on 20 March 2022 as Mark Vincent & Mirusia Together in Concert sees two of the nation’s most successful and loved classical crossover artists perform on stage together for the first time ever in Australia, supported by the Australian Symphony Orchestra conducted by Shannon Brown.

Internationally acclaimed Mark Vincent and leading soprano Mirusia (Andre Rieu’s “Angel of Australia”) will perform songs from some of the greatest musical theatre productions including The Phantom of the Opera, Les Misérables, West Side Story, Cats, Evita, Oklahoma, South Pacific and many more in this one night only concert.

The month of music in March at QPAC closes on a high note as Opera Queensland’s Season 2022 opens with The Sopranos from 29 March to 2 April 2022, a new commission by writer Sarah Holland-Batt, celebrating the bold and rebellious roles women have played throughout the history of opera.

Shining a light on some of the greatest dramatic moments in the repertoire, The Sopranos will challenge assumptions, inviting audiences to experience these unforgettable women anew, with a stellar cast including Deborah Cheetham, Lisa Harper-Brown, Eva Kong,Teddy Tahu Rhodes and José Carbó and the Opera Queensland Chorus. The Sopranos is conducted by Jessica Gethin and presented in association with Queensland Symphony Orchestra.