A PLACE TO CALL HOME

A PLACE TO CALL HOME australian drama FOXTEL logie winner showcase by Caroline Russo | on September 27, 2017 | 0 comments | in FOXTEL | Like it 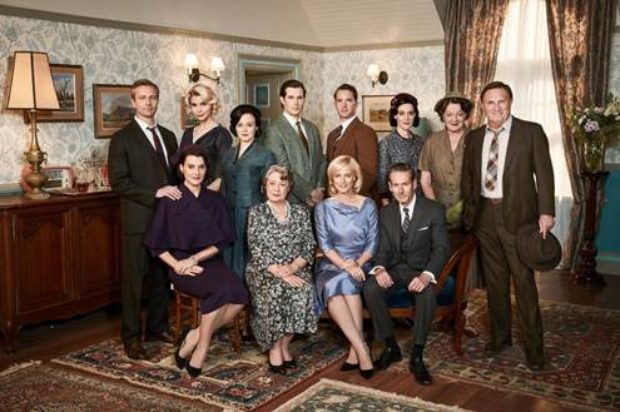 Honoured at the 2017 TV WEEK Logie Awards as Most Outstanding Drama Series, the Australian period showpiece A Place to Call Home will return for its fifth season on Foxtel’s showcase channel and streaming on Foxtel Now.

The new season will jump to 1958, where four years have passed since we left Sarah (Marta Dusseldorp) and the Bligh family. Those years have seen ever-increasing changes in Australian society. The world of wealth and privilege is being eroded, moral values are fraying and a new young generation is rising, full of disaffection with the world of their elders. To them the War is a matter of the dead past, bringing conflict with those who suffered its pain and deprivation. Economic change and the devious actions of unseen enemies threaten Ash Park and, in the midst of the turmoil, love becomes the only sure place anyone can call home.

As the 1950s come to a close, Australia – just as the rest of the world – stands on the cusp of great change. While pastoral families like the Blighs have long farewelled the early ’50s golden era when Australia ‘rode on the sheep’s back’, 1958 brings notable milestones: Qantas Airways introduces a round-the-world air service from Australia to London, Anzac Day (25 April) becomes a national public holiday, Johnny O’Keefe releases his first hit with Wild One, and with it Australian rock and roll is born, the National Institute of Dramatic Art (NIDA) opens in Sydney, the first Australian federal election is televised, and a young Brian Henderson hosts the first episode of Bandstand.

As a prelude to the new season, tune in on Sunday, October 1 at 8.30pm AEDT to the special A Place To Call Home – The Story So Far to look back at the much-loved drama and take an exclusive look at the new season.

A Place to Call Home Season 5 will screen Sundays from October 8, at 7.30pm AEDT, on showcase and will be available to watch from Foxtel’s on demand library, or streamed on demand on Foxtel’s streaming service Foxtel Now.