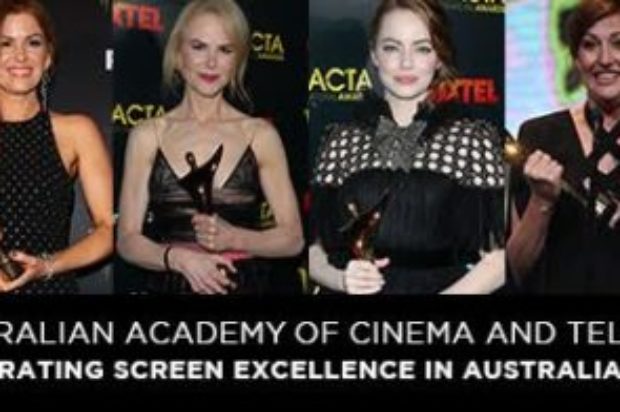 The Australian Academy of Cinema and Television Arts (AACTA) has today called for jurors across all awards categories. The 7th AACTA Awards will see 16 juries established across feature film, short film, television and documentary.
AACTA also today announced that, following extensive industry consultation, 2017 will see the Feature Length Documentary jury process open to all AACTA members with documentary credits, known as AACTA’s Documentary Branch. The Documentary Branch will undertake the role of the Feature Length Documentary Jury – previously made up of 8-10 industry experts – determining, through preferential vote, the Feature Length Documentary nominees and shortlisting craft candidates to be considered by the Documentary Craft Jury.
“AACTA strives to achieve inclusive jury processes that are reflective of excellence within all Awards categories,” said AFI | AACTA CEO Damian Trewhella. “Engaging the members of AACTA’s Documentary Branch will see the Australian documentary community become more extensively involved with the AACTA Awards, as well as seeing more reflective results in the craft categories through the utilisation of a broad pool of craft practitioners in the determination of nominees and candidate shortlists.”
AACTA welcomes new members with documentary experience across all crafts to apply and play an important role in determining Australia’s best and brightest in the field of documentary. All Documentary Branch members will have access to all entered productions through AACTA’s online streaming service, AACTA TV.
Equity and diversity have long been central to AACTA’s overall mission of recognising and supporting excellence, and continues to be reflected in AACTA’s juries. While composition of AACTA juries is complex (taking into account skills, experience, geography, age, conflicts etc) over the past years AACTA has been pleased to achieve strong gender and cultural diversity balances across industry juries. In continuing AACTA’s commitment to the promotion of gender equity and cultural diversity in juries, AACTA continues to encourage members from all backgrounds and from all screen crafts to apply to become jurors for the 7th AACTA Awards.
Those interested in becoming jurors for the 7th AACTA Awards can apply through the AFI | AACTA website – www.aacta.org/the-awards/aacta-juries. Jurors must be current AACTA members – anyone interested in becoming a juror who is not a current member can join AACTA today from $110 at www.aacta.org/membership, and can have their say in determining the nominees and winners of the 7th AACTA Awards along with many more benefits.
Applications close 5pm Thursday 25 May 2017.
The AACTA Awards are proudly supported by the New South Wales Government through its tourism and major events agency, Destination NSW.