AACTA AWARD WINNERS FILM & DOCUMENATRY OUTSTANDING INDIVIDUAL AWARDS THE BABADOOK by Caroline Russo | on January 30, 2015 | 0 comments | in Film | Like it 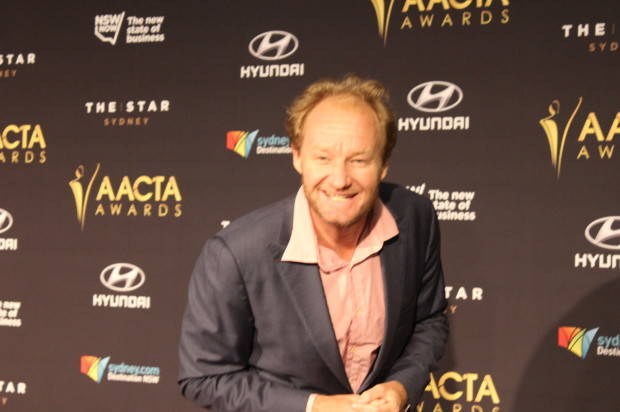 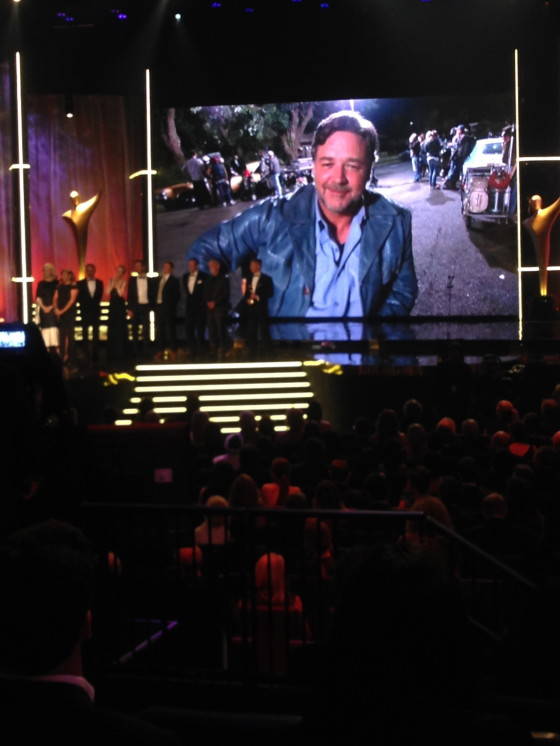 David Gulpilil’s performance in CHARLIE’S COUNTRY saw him awarded Best Lead Actor, PREDESTINATION star Sarah Snook was awarded Best Lead Actress, Susan Prior’s performance in THE ROVER earned her Best Supporting Actress and Yilmaz Erdogan was awarded Best Supporting Actor for his role in THE WATER DIVINER.
THE RAILWAY MAN was awarded for Best Adapted Screenplay, whilst THE LEGO MOVIE took home the AACTA Award for Best Visual Effects or Animation.
The AACTA Award for Best Feature Length Documentary went to UKRAINE IS NOT A BROTHEL.
OUTSTANDING INDIVIDUAL AWARDS
Highlight presentations during the show were for three outstanding individual awards.
AACTA Award winning performer, Rose Byrne, whose career spans Australian and US film and television across drama and comedy, was honoured with the inaugural AACTA Trailblazer Award. Byrne, whose performance in US television series DAMAGES saw her nominated for Golden Globe and Prime Time Emmy Awards, received a tribute from DAMAGES co-star Glenn Close and BRIDESMAIDS co-star Kristen Wiig.
Director, producer, writer Amiel Courtin-Wilson was announced as the recipient of the Byron Kennedy Award, which includes a $10,000 prize, for outstanding creative enterprise within the film and television
industries. The Byron Kennedy Award is determined by a jury annually and is given to an individual or organisation whose work embodies innovation and the relentless pursuit of excellence.
Courtin-Wilson’s body of work includes critically acclaimed documentaries CHASING BHUDDA (which received an AFI Award nomination in 2000) and BASTARDY (which he shot over seven years, following the life of Aboriginal elder Jack Charles), and feature films HAIL (which became the first Australian feature film in ten years selected for the Venice International Film Festival) and RUIN (which won Courtin-Wilson and co-director/co-producer Michael Cody a Special Jury Prize at Venice in 2013).
The Byron Kennedy Award jury said: “We have chosen Amiel Courtin-Wilson for his risk taking and evocative storytelling. Amiel has been patiently searching for truth and beauty at the margins of society, making films which have captured the attention of international audiences.”
The highest honour that the Australian Academy can bestow upon an individual is the AACTA Longford Lyell Award (this award was recently renamed from the AACTA Raymond Longford Award in recognition of Lottie Lyell’s contribution to the work of her partner in filmmaking and in life, Raymond Longford).
The AACTA Longford Lyell Award went to one of Australia’s most loved and respected writers and producers, Andrew Knight. The Award was presented by Adam Zwar and Dave O’Neil, with special tributes from Eric Bana and Shaun Micallef.

Andrew Knight has written and produced vast oceans of television and several films, across several genres, including comedy series Fast Forward, Full Frontal and The D-Generation (executive producer and head writer); television dramas SeaChange (co-writer and executive producer), After The Deluge (writer and co-producer) and Tripping Over (writer, co-writer and executive producer); and feature films The Water Diviner, Siam Sunset and Spotswood (co-writer).
Andrew was co-owner of Artist Services – one of the top production houses in Australia – subsequently purchased by Granada. He and his shows have won over forty industry awards, including AFI Awards, Logies, AWGIES, and SPA Awards for both his writing and producing. Andrew is widely admired in the screen industry as an excellent collaborator and mentor, whose talent is unique in its diversity.
TELEVISION AWARDS
Marking another strong year for Australian television, the 4th AACTA Awards Ceremony saw a total of eight television programs recognised across 12 television awards.
New drama THE CODE (ABC) led the tally, receiving an impressive four awards: Best Television Drama Series; Best Direction in a Television Drama or Comedy (Episode 1); Best Lead Actor in a Television Drama (Ashley Zukerman); and Best Guest or Supporting Actress in a Television Drama (Chelsie Preston Crayford – Episode 1).
Josh Thomas’s internationally acclaimed PLEASE LIKE ME (ABC2) followed with two wins: Best Screenplay in Television (Episode 2/07: Scroggin), and Best Performance in a Television Comedy (Debra Lawrance). 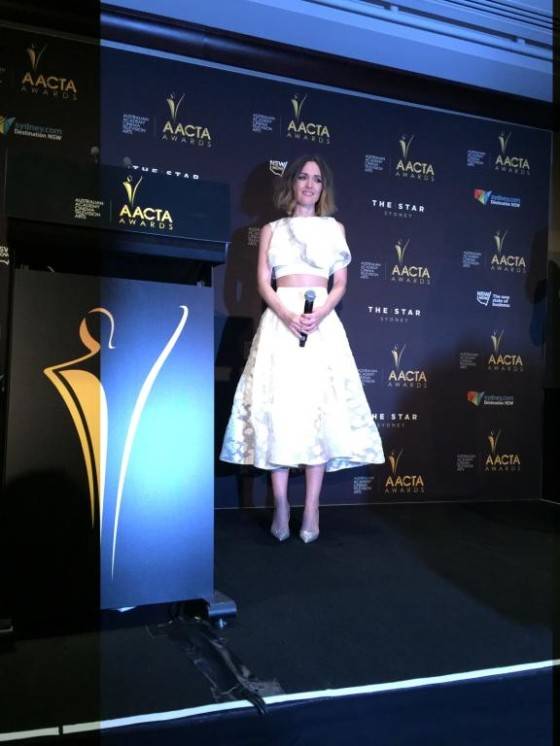 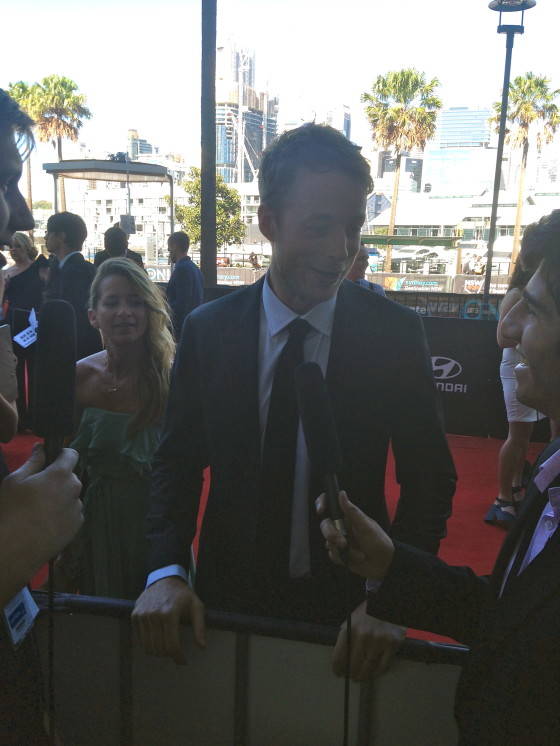 THE VOICE AUSTRALIA (Nine Network) was announced as the winner of the AACTA Award for Best Reality Television Series, overcoming tough competition from MASTERCHEF AUSTRALIA – SERIES 6 (Network Ten), THE X FACTOR (Seven Network) and THE VOICE KIDS (Nine Network) in this category.
SHOW HIGHLIGHTS
In addition to the presentation of the AACTA Awards, show highlights included an Australia’s Favourite Film and Television Moments segment, which was supported by audiences tweeting their favourite moments using the hashtag #LoveAusScreen. This segment included a stand-out performance by WONDERLAND’s Ben Mingay and Kirby Burgess, who is currently starring in the stage production of DIRTY DANCING – THE CLASSIC STORY ON STAGE.
A moving performance by ARIA Award winning Sony Music Recording Artist, Samantha Jade accompanied the In Memoriam segment of the show. 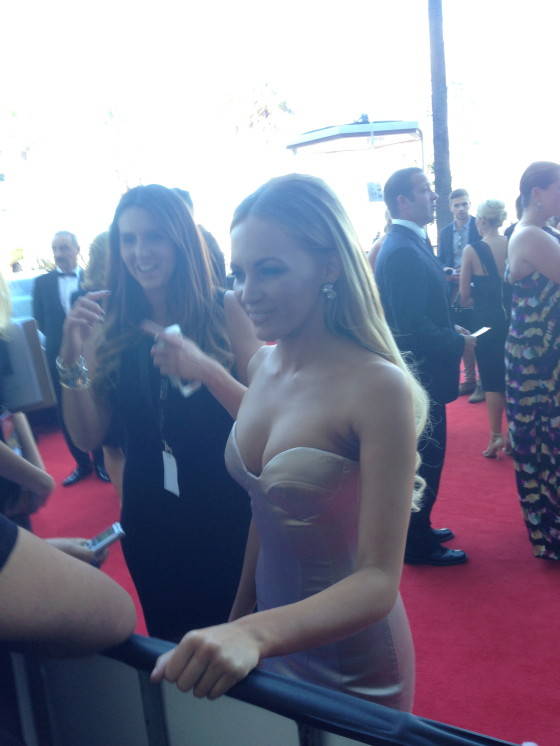 You can also catch all the star power, sophistication and style of the red carpet and Ceremony tonight on Network Ten at 8:30, with an encore on Foxtel’s ARENA channel on Saturday 31 January.
Damian Trewhella said: 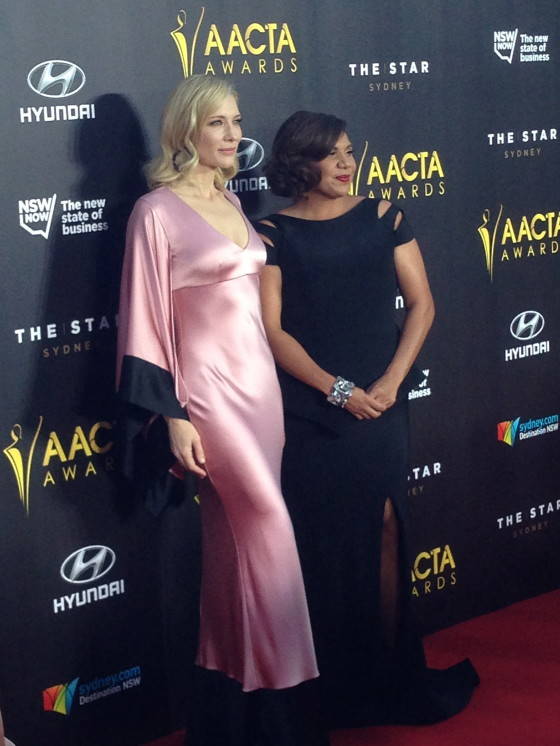 “Tonight’s Awards recognise the outstanding achievements of the hundreds of people whose skill, passion and commitment continues to put Australia on the world map for film and television excellence.
“Australians are celebrated for our talents in front of and behind the camera, and the AACTA Awards play an important role in promoting this talent to both our international industry peers and audiences here and at home. Our stories are best captured on the big and small screens, and this year our industry produced a diverse slate of Australian stories across all genres including reality TV and documentaries through to dramas, comedies and feature films.
“Whilst we had the extraordinary advent of seeing two Feature Films honoured with the AACTA Award for Best Film, this is not unprecedented, with AFI voting resulting in ties in the past, and international Awards also having seen this result, including just last year when the Producers Guild of America (PGA) saw a tie in voting for GRAVITY and 12 YEARS A SLAVE. I take this result as a mark of considered voting by our Academy members, and I’m pleased that two outstanding films can share the honour of winning this Award in a year of strong competition.

“The Academy in particular takes this opportunity to congratulate our three outstanding individual recipients awarded tonight; Rose Byrne, Andrew Knight and Amiel Courtin-Wilson. Between these exceptional people, their talents serve as in inspiration to the screen industry and to fans like.”
Deputy Premier and Minister for Tourism and Major Events Troy Grant said, “Congratulations to the winners at tonight’s AACTA Awards who have been recognised for their innovation and excellence in screencraft. “Sydney is the cultural hub of Asia Pacific and the capital of film and television production in Australia, and the NSW Government is proud to have secured this prestigious event through the support of our tourism and major events agency, Destination NSW.”