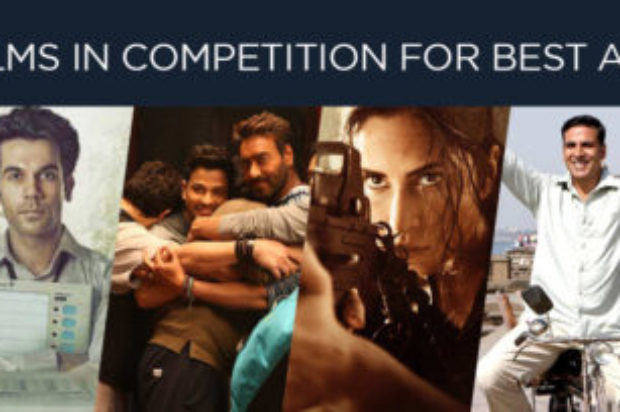 A highlight of the event was the retrospective presentation of the AACTA Award for Best Lead Actor to Sunny Pawar for his performance in LION. The Award was presented by NSW Premier, The Hon. Gladys Berejiklian MP.

The Premier also announced that the AACTA Awards will return to Sydney in 2019 and 2020 via the support of the NSW Government’s tourism and major events agency, Destination NSW.

The 2018 Asia International Engagement Program will build on the success of the 2017 Program, which saw three sell-out In Conversation-style events held in Sydney during ScreenWeek. The events featured leading Chinese and Indian filmmakers, attracting significant industry engagement and public attention.

Founded in 2017, the Program aims to foster the burgeoning relationship between the film industries of Australia and its closes Asian neighbours. The Program not only champions the skills and achievements of Asian filmmakers to audiences and industry in Australia, but also promotes Australia’s highly skilled screen practitioners to the booming industries of Asia, developing meaningful pathways for collaborations between Australia and the Asian region. 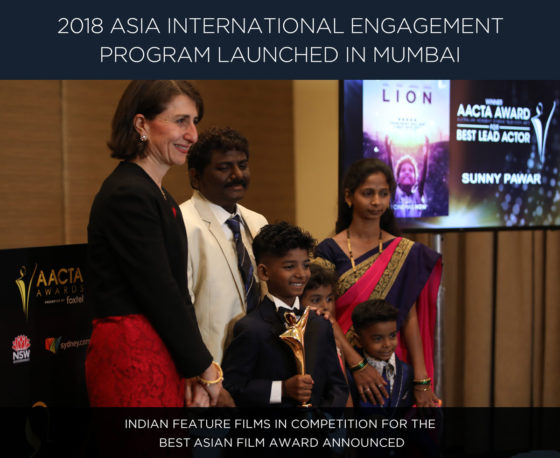 The cornerstone of the Asia International Engagement Program is the AACTA Award for Best Asian Film. The Award acknowledges the finest Asian films of the last twelve months, reflecting the popularity and importance of Asian films in Australia.

The inaugural Award was presented to record-breaking Indian box office hit DANGAL at the 7th AACTA Awards presented by Foxtel.

13th-century epic PADMAAVAT, action-comedy GOLMAAL AGAIN and espionage action-drama TIGER ZINDA HAI, three of the top five highest grossing Indian films in Australia from the past twelve months;
Indian Oscar® entry for Best Foreign Language Film, NEWTON;
Ground-breaking biopic PAD MAN, which has stirred debate around the world for its discussion of the ‘taboo’ subject of sanitary pads;
Raj Kumar Hirani’s biographical film on the life of multi award-winning Indian actor Sanjay Dutt; and
Critically-acclaimed drama HICHKI, which stars Rani Mukerji as an aspiring teacher with Tourette Syndrome.
Oscar® and multiple AFI and AACTA Award-winning actor Russell Crowe will return as the President of the 2018 Best Asian Film Grand Jury. Crowe will be joined by a panel of eight highly regarded film industry leaders from around the world who will determine the recipient of the Best Asian Film Award.

The 2018 AACTA Award for Best Asian Film will be presented at the 8th AACTA Awards presented by Foxtel, to be held on Wednesday 5 December 2018 in Sydney and telecast on Channel 7 for the fourth consecutive year, with encore screenings on Foxtel.