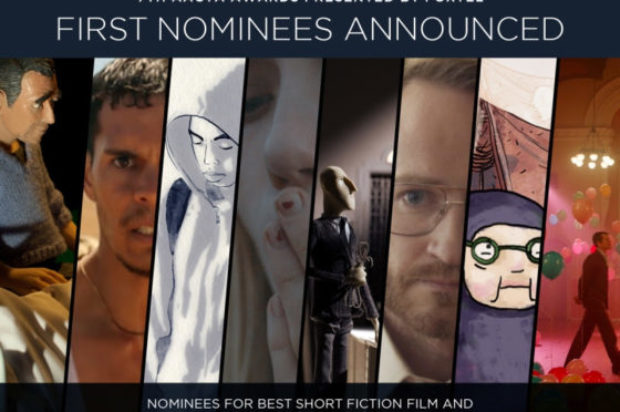 Further nominees will be announced later this year, with winners across all categories to be announced at AACTA’s two major events, the Industry Luncheon and the Ceremony and Official After Party, in Sydney this December.

“We are excited to see Australian short films getting such recognition at film festivals both here and internationally, further cementing Australia’s international reputation for excellence in our industry,” said AFI | AACTA CEO Damian Trewhella. “On behalf of AACTA, I congratulate all our short film nominees and wish them the very best for the 7th AACTA Awards presented by Foxtel.”

The nominees for the AACTA Award for Best Short Fiction Film are:

MRS MCCUTCHEON marks multiple Helpmann, Sydney Theatre Critics and WA Equity Award-winning theatre director John Sheedy’s film debut. The short film, which aims to give a voice to the thousands of trans and gender diverse children, has received acclaim at international film festivals including the 33rd Hamburg International Short Film Festival and the 63rd Oberhausen International Film Festival in Germany, where it received a special mention in the International Children’s Competition Award.

The nominees for the AACTA Award for Best Short Animation are:

AFTER ALL | Michael Cusack, Richard Chataway
BARBARA | Larissa Behrendt, Marieka Walsh, Kiki Dillon, Michaela Perske
LOST PROPERTY OFFICE | Daniel Agdag, Liz Kearney
THE WALL | Nick Baker, Tristan Klein
Michael Cusack receives his third nomination in the Best Short Animation category for AFTER ALL, having previously won in 2006 for GARGOYLE as well as receiving a nomination in 2013 for SLIGHT OF HAND, for which AFTER ALL producer Richard Chataway was also nominated. AFTER ALL is a poignant stop motion film about a middle-aged man coming to terms with the loss of his mother.

AACTA Award winner Marieka Walsh receives her second consecutive nomination in the category for BARBARA, which follows the story of Noongar woman Barbara, whose granddaughter was taken from school by welfare workers in 2013. Walsh is nominated alongside Larissa Behrendt, the award-winning author and director of the Walkley Award nominated documentary INNOCENCE BETRAYED, Michaela Perske, an award-winning journalist and producer, who worked alongside fellow nominee Kiki Dillon, on DREAM BABY, last year’s winner of the AACTA Award for Best Short Fiction Film.

Daniel Adgag’s LOST PROPERTY OFFICE, which follows the sole custodian of a lost property office who has to move on from his post, swept the Sydney Film Festival 2017 short film awards, picking up both the Robert Mamoulian Award for Best Director and the Yoram Gross Animation Award.

The Short Fiction Film and Short Animation nominated films will screen during AACTA’s Festival of Australian Film – For Your Consideration screenings (formerly the Official Screenings Program), alongside the Feature Length Documentary nominees and feature films in competition, which will be announced in early August.

The Festival will take place during August and September in cinemas and online via AACTA TV. AFI and AACTA members will receive exclusive and complimentary access to the complete Festival of Australian Film.