AAP TO CLOSE AFTER 85 YEARS SAD DAY IN MEDIA

AAP journalists MEEA NEWS EDITORS press by Caroline Russo | on March 3, 2020 | 0 comments | in Daily News and Updates | Like it 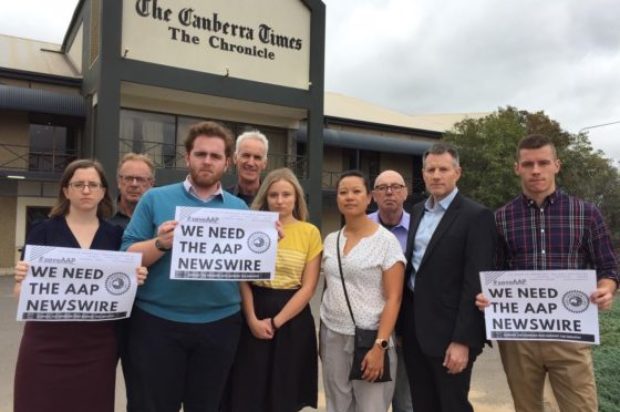 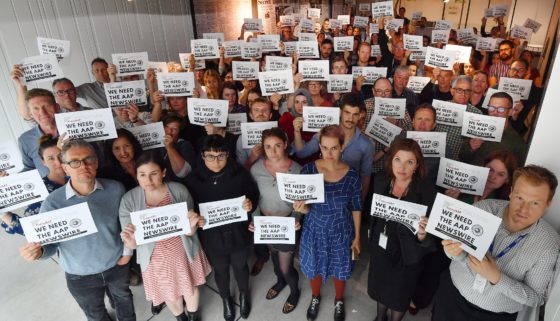 Australian Associated Press is closing after 85 years of providing newswire, sub-editing and photography services to media companies and consumers across the country. The decision impacts 180 journalists at the company.

Editor in chief Tony Gillies confirmed the news on Twitter, calling it the “saddest day” after CEO Bruce Davidson addressed staff at 2pm. The newswire’s last day will be 26 June, with subediting service Pagemasters also to close in August. Press release distribution service Medianet and media intelligence company Mediaverse will be sold.

The impact of this has moved all media associates to pledge a move on this by the government and MEAA took to a putting out a statement today.

Statement by House Committees of the SMH, Age and AFR
MEEA STATEMENT
We are deeply concerned about the announcement today by Australian Associated Press to shut its editorial operations across the country, resulting in the loss of least 180 reporters, sub-editors, photographers and other editorial roles.

The closure of the newswire service represents a further hollowing out of the Australian media industry.

AAP has been integral to journalism in this country for 85 years, covering courts, politics, sports and general news. It has journalists in Darwin, Perth, Brisbane, Sydney, Melbourne, Adelaide, Hobart, Wellington, Los Angeles and London.

The loss of another voice in the media landscape will be felt especially hard in regional and rural areas, which depend on AAP for coverage of national and international affairs.

We particularly feel for the individuals and families who will be directly impacted by this decision, and call on the Australian government to stop the erosion of diversity in the media industry and for the owners of AAP to reconsider their decision to close the news service.

– On behalf of the house committees of The Sydney Morning Herald, The Age and The Australian Financial Review
Google, Facebook impact on media

Mr Davidson said media companies all over the world had faced financial disruption, and there would be about 500 people at AAP impacted by the closure. This includes about 180 journalists.

ACCC calls out market dominance of Facebook, Google
Tech giants may have to make it clearer to consumers how their private information is used, get proper consent and face significant penalties for breaching privacy laws.
“We’ve seen a lot of cutbacks, closures, a reduction in news coverage by the traditional media companies across Australia; across the rest of the world,” Mr Davidson said.

“Newsagencies have endured [a tough environment] for quite a long time, but we are now in a situation where too many of our customers are not wanting to pay for our content.

It is a sad day for the media landscape.