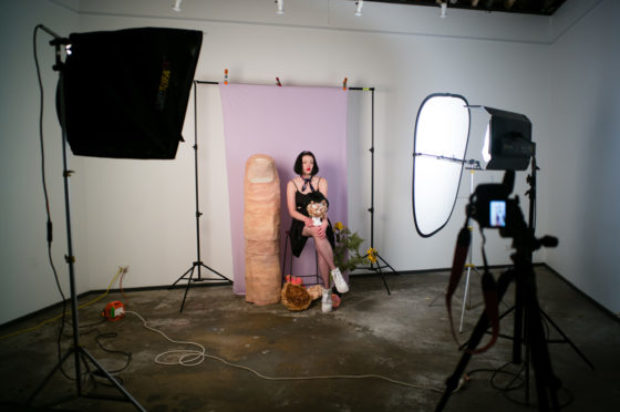 Art Bites is a rare opportunity for four emerging Australian filmmaking teams to create a 6 x 5 minute documentary web series about an art subject of their choosing, to premiere on the ABC Arts channel on iview.

This initiative is designed to unearth up-and-coming creatives with an original and compelling idea for a documentary series that will contribute to the national cultural conversation around art, and in turn secure a broadcasting credit to further their career.

A total of $240,000 in grants will be available to fund four projects, with ABC TV and Screen Australia committing $120,000 each. Each team will also be supported by a Screen Australia Investment Manager and an ABC Digital Arts Commissioning Editor.

This year all seven of the national state and territory screen agencies have committed to supporting the final projects if any of the successful applicants are from their jurisdictions. Screen Queensland, Screen Territory, Screenwest, South Australian Film Corp, Film Victoria, Screen Tasmania and Screen NSW will contribute up to an additional $30,000 per project, bringing the total per team to $90,000.

“Last year we were so impressed by the exceptional ideas pitched to us and the resulting series have proven there is an appetite for this type of shareable, snack-sized documentary arts content,” said Liz Stevens, Senior Manager of Documentary at Screen Australia. “We are so pleased to be partnering once again with ABC TV to offer four new teams the opportunity to share their perspectives on Australia’s lively and evolving art scene.”

“The Art Bites initiative has given us the opportunity to uncover some fantastic filmmakers and provide access to ABC iview to present work made for, about and by young people at the cutting-edge of arts and technology,” said Mandy Chang, Head of ABC Arts. “We are very proud of the current series and look forward to working with Screen Australia on Art Bites 2.”

In 2016, two teams from Western Australia, one team from Queensland and one from New South Wales were selected. Two of the four series are currently available to view on iview – Home: The Art of Ian Strange from WA, and The Glass Bedroom from NSW. Shock Art from WA will premiere 15 March, and The Wanderers from QLD will premiere 3 April.

The ABC iview Arts channel is where life and culture collide to provide accessible, entertaining and inclusive arts programming. Since launching in 2015, it has tripled program plays across both original and curated content. So far the two series in the current Art Bites programming, The Glass Bedroom and Home: The Art of Ian Strange, have received over 45,000 plays on iview.