Acclaimed Australian Actress Ursula Yovich Joins Out of the Box

Aboriginal and Torres Strait Islander arts festival Children imaginationc live performances out of the box 2016 QPAC reativity Yovich by Caroline Russo | on May 27, 2016 | 0 comments | in FESTIVALS | Like it 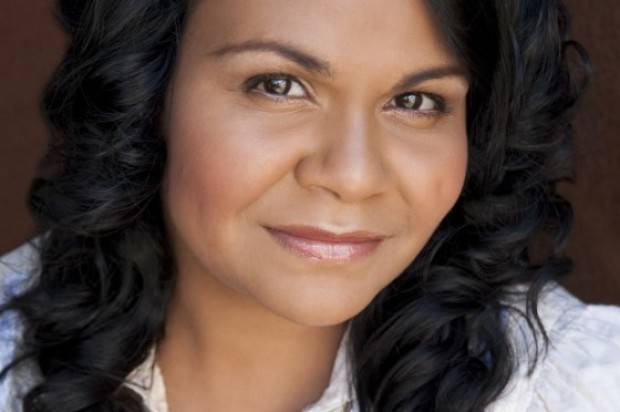 Acclaimed stage and screen actor Ursula Yovich will star in a brand new production showcasing the Australian natural environment, premiering at the Queensland Performing Arts Centre’s (QPAC’s) Out of the Box festival for children eight years and under from 21 to 28 June 2016.

Yovich will sing, dance and narrate in Creature: An Adaptation of Dot and the Kangaroo, an interactive digital and physical theatre experience based on the popular Australian children’s story, Dot and the Kangaroo. Multi-skilled artist Kate Hosking also joins the cast as narrator and Jordan O’Davies, a young Indigenous movement and aerialist, will characterise the Kangaroo.

Presented by Out of the Box and Stalker Theatre in QPAC’s Lyric Theatre Creature: An Adaptation of Dot and the Kangaroo recreates a magical landscape of the Australian bush where large scale 3D projections of familiar animals spring to life and respond to the dance and aerial performance occurring live on stage. This enchanting production invites audiences to step into a world where they can explore how human actions affect the Australian environment.

The 2016 Out of the Box program reflects the community in which we live. As well as Creature: An Adaptation of Dot and the Kangaroo, this year’s Festival features a variety of other interactive experiences designed to help children further their knowledge and understanding of Aboriginal and Torres Strait Islander culture. These include:

– Creature Interactions: An Interactive Experience: an immersive digital playground designed to enhance the in theatre experience of Creature: An Adaptation of Dot and the Kangaroo. In these workshops children take centre stage and manipulate their surroundings to see the immediate effect their actions can have on their environments.

– A daily installation created by Aboriginal artist and descendant of the Moreton Bay region, Craig Tapp, Snow, is a ‘snowscape’ of the history of this region utilising its natural coloured sands in the retelling of stories and memories passed on. Snow will be featured at The Courier-Mail Piazza South Bank as part of the Snow 4 Kids event.

– The Out of the Box and Inala Wangarra Production, Jarjums Life Museum, is a museum created by 86 Aboriginal and Torres Strait Islander children from two distinct communities, the coastal mob of Minjerribah (Stradbroke Island) and the urban mob of Hymba Yumba Community Place (Springfield, Brisbane). This unique exhibition provides an intimate view into these children’s lives, experiences, ideas and dreams and will be presented in QPAC’s Tony Gould Gallery from 21 June and extending beyond the Festival until 29 October 2016.

– One of QPAC’s Cultural Precinct partners the Queensland Art Gallery |Gallery of Modern Art (QAGOMA) will present The Gabori Sisters: Gathering by the Sea, an interactive exhibition featuring hands-on making, and multimedia activities. Displayed in the Children’s Art Centre at GOMA, this exhibition explores the connection of artists, Elsie, Dorothy and Amanda Gabori to their homeland of Bentinck Island in Queensland’s Gulf of Carpentaria and focuses on the unique and significant relationship the Kaiadilt people share with the sea.

In its 24th year, Out of the Box is the only arts festival in Australia dedicated to children aged eight and under, and one of only a few in the world. It’s also the nation’s largest early childhood arts festival with more than 103,000 participants in the 2014 festival. Out of the Box focuses on nurturing children’s imaginations and creativity through live performances, workshops, hands-on activities, free events, art installations and exhibitions.

For the full Out of the Box 2016 program go to www.outoftheboxfestival.com.au

To book go to www.outoftheboxfestival.com.au or phone 136-246.