brisbane powerhouse i am my own wife one man show theatre by Caroline Russo | on October 30, 2016 | 0 comments | in Theatre | Like it 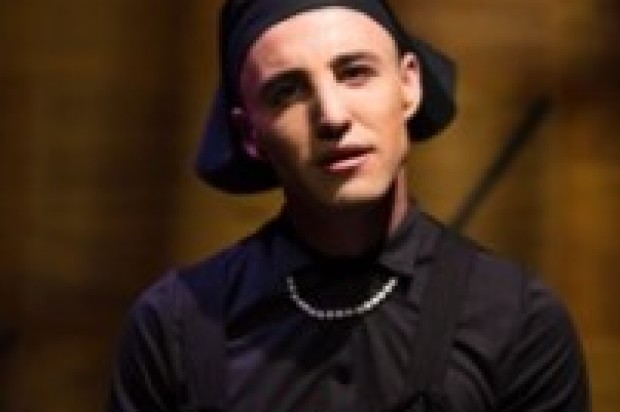 After a sell-out Sydney season at the Old Fitz Theatre, Oriel Group’s critically acclaimed production of I Am My Own Wife will have a limited Melbourne season at fortyfivedownstairs from January 17 as part of the 2017 Midsumma Festival and a limited Brisbane season at Brisbane Powerhouse as part of MELT 2017.

Not long after the fall of the Berlin Wall, playwright Doug Wright (Quills, Grey Gardens) began a conversation with Charlotte von Mahlsdorf, an elegant and eccentric 65-year-old German transvestite who, against all odds, survived two of the most oppressive regimes of the 20th century: the Nazis and the Communists. After hundreds of hours of interviews Wright emerged with this fascinating and breathtaking story of survival and identity.

In a performance that earned him a Sydney Theatre Award nomination for Best Actor in a Leading Role in an Independent Production, Ben Gerrard (Outland, Open Slather, Molly) plays 30 characters in this one- man tour de force to piece together Charlotte’s controversial life. Winner of the 2004 Pulitzer Prize for Drama and Tony Award for Best Play, I Am My Own Wife is a profound and mesmerizing piece of theatre.

This debut production presented by Oriel Group is directed by acclaimed actor and director Shaun Rennie (Rent, You’re a Good Man Charlie Brown, Cats) and produced by Helpmann Award-winning actress Elise McCann (currently playing Miss Honey in Matilda the Musical).
Tickets are now on sale for the Melbourne season at fortyfivedownstairs as part of Midsumma Festival and can be purchased at www.iammyownwife.com.au or www.fortyfivedownstairs.com or by calling (03) 9662 9966. Tickets for the Brisbane season as part of MELT at Brisbane Powerhouse can be purchased from October 19 and can be purchased at www.iammyownwife.com.au or www.brisbanepowerhouse.org or by calling (07) 3358 8600.