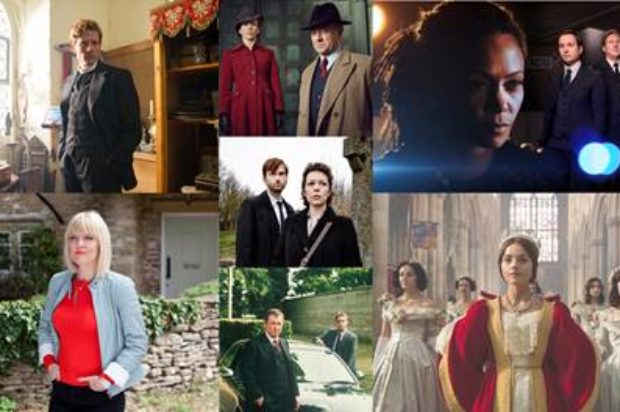 The Best Of British TV Is Here!

Doc Martin, Line of Duty, Foyle’s War and George Gently come together for Australian audiences to stream for the first time in one place

AU$6.99 per month or annual subscriptions available for AU$69.99

– Acorn TV, North America’s most popular streaming service for British and international television, has debuted its biggest collection of compelling drama since the service launched in Australia last year.

Called “Netflix for the Anglophile” by NPR and featuring “the most robust, reliable selection of European, British, Canadian and Australian shows” according to The New York Times, Acorn TV has carefully curated a world-class library of captivating crime thrillers, addictive dramas and intriguing mysteries for the Australian market.

The ad-free streaming service offers Australian audiences instant access to their favourite British and international dramas and crime shows to stream in the one place for the first time.

Australians can access Acorn TV through a wide range of devices including IOS (iPad and iPhone), Android (phone and Tablet), Android TV, Apple TV, Fire TV, Chromecast or by visiting acorn.tv. They can start watching now by signing up for a free trial, then for only AU$6.99 per month or an annual subscription for AU$69.99.

Kerensa Samanidis, GM for Acorn TV International, said, “Australia has always been an important market to Acorn TV, so we’re thrilled to expand our content offering with even more high quality British and international productions. We’re proud to launch a destination for lovers of quality British TV, and we’ve carefully curated a wide selection of award-winning and beloved British series for Australian viewers to enjoy.

“Our ambition is to be the go-to service for Australians who want to enjoy quality drama without having to search through endless choices for something to watch. Having carefully listened to some of our early customers, we’ve broadened our British TV offer but also added some cherished Australian dramas. Acorn TV is a truly unique entertainment service in the Australian market, and we hope you love watching the shows as much as we do!”

New shows, including yet-to-be-announced Australian premieres, will join the Acorn TV lineup in the coming months, ensuring that Acorn TV viewers are never short on great drama to catch up on.