The ‘Action on Film’ International Film Festival currently being held  LA is supposed to be the biggest Action Film Festival in the world.

Blood Money has been won 8 Nominations. The most of any film at the festival. Congratulations to the Australian Director and writer Gregory McQualter.  This was a filmed in Brisbane and in Miami and Hong Kong and had camera man DOP Brisbane based Dan McCarthur. 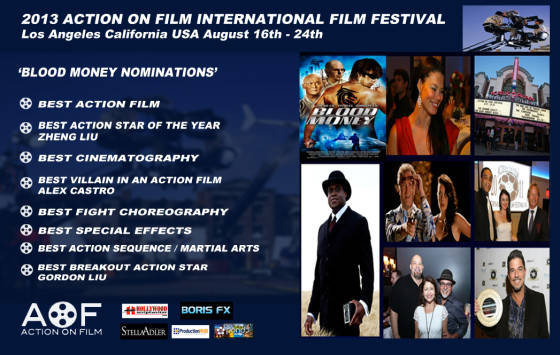