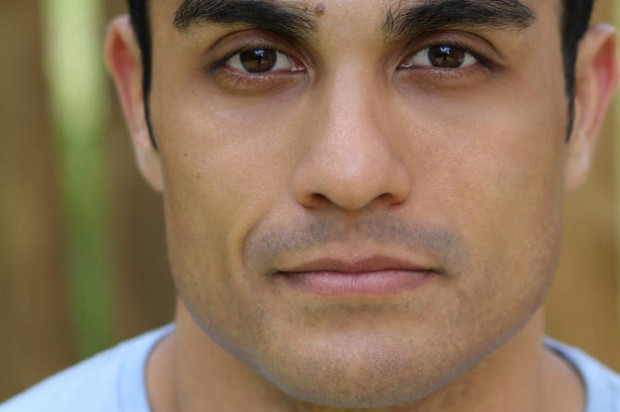 Q&A with Michael Rodrigues
Congratulations on making the bite trailer for 3010, it looks like a really action packed movie, can you briefly tell us what 3010 is about?
3010 is a post-apocalyptic science fiction action drama, set approximately one thousand years in the future. The earth has been conquered by an alien race and humanity struggles to survive under this oppressive regime.
Simon Smith (co-creator and director of 3010) and I (with the assistance of nearly 200 cast and crew) made a 2minute trailer towards the end of 2010 in Melbourne, to be used as a pitching tool (at that stage for a feature film) to various producers. Due to our limited budget, it was a slow process to complete the extensive VFX (as it was mainly shot on green screen), which meant the trailer wasn’t ready until 2012. We then showed it to some of those producers, who advised us to consider making it a television series, with more of a Game of Thrones direction and to make a 10 minute conceptual short. We realised that a television series would better allow for the scope of the concept. This short will be a fully realised production that will appear as if it is ten minutes out of an episode and give people an idea of what the show will be. I’ve noticed that 3010 will be shot in unique locations, where have you planned on shooting most of the scenes?
At this stage we still haven’t finalised locations. We are currently checking out several areas that could look like a post-apocalyptic world. Ruins, barren landscapes etc.
There are aliens, and adventure with feel good themes of hope, freedom and equality what other sci-fi films, writers or directors have influenced your writing?
Joss Whedon’s work on Firefly and Serenity have had a large influence on 3010, as well as shows like Game of Thrones. Also films like The Lord of the Rings trilogy, The Riddick films, The Last Samurai and X-men. What we wanted to do was create strong character driven stories with interesting people that just happened to be in this crazy world. It will also have great action and some amazing visuals too.
You were working at Warner Bro’s for a couple of years as a performer and talented stuntman, trained in martial arts will you be making an appearance in 3010?
I am not actually (or have ever been) a stunt performer, but it has been a common misconception. My primary line of work is as an actor, but I have also done a lot of action performance in my roles and due to my abilities people have thought that I am a stunt performer. I did begin training in martial arts when I was about 8 years old (competing internationally and teaching martial arts as an adult), and once I began my film & television career, received training in Stage Combat and also trained at a couple of stunt schools. I was also part of the fight cast at Movie World in 2007 and 2008, which allowed me to work closely with a lot of stunt people and learn a lot about action performance. But I am not stunt graded as stunt performers are required to be in this country. I had briefly (for about 10 seconds) thought about following that path, but my goal was always to be an actor and that is the way I went.
I will be playing a role in 3010; I play the role of Aarin Bale, a mercenary, losing his humanity and battling many inner demons.

How did you get into being a performer or stuntman?
I was working at WorkCover Queensland (State Government) and was asked by a colleague one day if I was doing what I wanted to be doing with my life. I said no, not really and he asked what I wanted to do. I explained that I would really like to be an actor, but never thought it was realistic. He told me that if that was what I wanted to do I should go for it. So I did, by enrolling in some courses and getting an agent. Then I started to get work and ended up where I am now.
Do you have an intense training schedule you stick to?
I think a lot of people would consider my training schedule quite intense. I usually need to be in good shape for my roles and making it easier to perform action sequences. I generally train 6 days a week for around 2 to 4 hours a day with a mixture of weight training, plyometric or high intensity resistance training and martial arts.
I saw that you were in Sea Patrol and other TV series, what have been the highlights in your career to date?
I have worked on a number of Australian television series like Sea Patrol, Rush, City Homicide, Offspring and Secrets and Lies, which I have found very rewarding. My role on City Homicide was a completely dramatic role (with no action) that allowed me to work with an amazing cast and crew. I consider that one of my career highlights. The opportunity to work with Martin Henderson on Secrets and Lies was another amazing experience as he is such a fantastic actor. It was an honour to do scenes with him. I also worked on a commercial once where Andrew Lesnie was the cinematographer. He shot Lord of the Rings, The Hobbit, King Kong and Rise of the Planet of the Apes. It was fantastic to be able to work with someone who had done so many movies I admire and have enjoyed.
How did you end Sarah Disney start to work on 3010 together?
We were in need of a good producer for 3010. Sarah and I hadn’t met in person, but had heard a lot of good things about her. We had also been in touch through Facebook and I had managed to see some of her work, which I found very impressive. I thought she would be a great fit for the project and asked her to come on board. It turned out that she had been following the project and was quite interested in it. So that helped get her on board!
Being from Brisbane, what do you see for the future of the Queensland film industry?
I have spent the past few years away from Brisbane, pursuing my career in the southern states. There is definitely a lot more work down south and it seems that people living in Sydney or Melbourne are taken more seriously by the industry. I believe that there is actually a lot of talent here in both cast and crew, but the industry doesn’t really have a sense of itself. I am hoping that things will change in the future, with more international and locally produced productions becoming a common occurrence.   One of the big reasons we want to make 3010 in Queensland is that we believe it could be hugely beneficial to the Queensland Film Industry. We see 3010 as a HBO style show in a similar category to shows like Game of Thrones or The Walking Dead. The scale of a production that size will create numerous jobs for cast and crew, from areas like production design to stunts. There hasn’t really been an ongoing project here that will keep industry people (in multiple areas) employed long term and using their skills regularly. I want 3010 to change all that and I believe it will.
QA with guest interviewer Elisabeth Palmer