ACTRESS NAYA RIVERA BODY FOUND AND HAS DIED AT 33 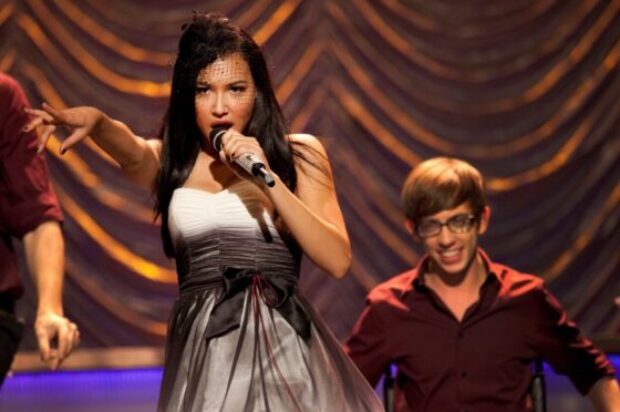 It has been reported by LA Times that in an afternoon press conference, Ventura County Sheriff Bill Ayub said he was “confident” that the body found floating on the lake was that of Rivera, who went missing Wednesday. Her 4-year-old son, Josey, was discovered Wednesday night sleeping alone on a boat his mother had rented for them that afternoon.

The area had been searched extensively by dive crews and with sonar equipment, and cabins around the lake were scouted as well. Rivera’s body was found at 9:10 a.m. in the northeastern portion of the lake, Capt. Eric Buschow of the Ventura County Sheriff’s Department said Monday.

The Cast members from the TV Show “Glee” and friends held hands as they shouted “Say her name – Naya” as they gathered on the Lake Piru boat launch Monday morning just as Ventura County Sheriff’s Search and Rescue dive team located a body Monday morning in Lake Piru as the search continued for 33-year-old “Glee” actress Naya Rivera after her 4-year-old son was found alone on a boat she rented last Wednesday. Rivera rented the pontoon boat and had been swimming with her son who was the last one to see her before she went missing. The boy got back into the boat after a swim but his mother did not follow. Lake Piru on Monday, July 13, 2020 in Piru, CA. (Al Seib / Los Angeles Times)

“Naya Rivera was a fierce talent with so much more to do and this is such a terrible tragedy. We are forever grateful for the indelible contribution she made to ‘Glee,’ from the first episode to the last. Our hearts are broken and our thoughts go out to Naya’s family, friends and young son,” it said.

Rivera earned stardom with her breakthrough role in “Glee” when it made its debut on Fox in 2009. Created by Ryan Murphy, Brad Falchuk and Ian Brennan, the series transformed its mostly unknown young cast into TV superstars.

“Glee,” which was hit show world wide finished its six-season run in 2015, was one of Fox’s biggest hits with young viewers during its time on air, though its ratings dropped in its final two seasons.

It has been said that the show had a spell on it and its cast have been plagued by tragedy. Rivera is the third main “Glee” cast member to die in seven years.

Cory Monteith, who played heartthrob football star and singing coach Finn Hudson on the series, died on July 13, 2013, of a drug overdose after a battle with substance abuse. And Mark Salling, who played Noah “Puck” Puckerman, died in 2018 of an apparent suicide; he was weeks away from sentencing after pleading guilty to possession of child pornography. (Like their characters, Rivera and Salling dated on and off during the show’s run.)
Neya had married actor Ryan Dorsey, with whom she had her son. A few years into their marriage, in 2017, Rivera was arrested on suspicion of domestic battery against Dorsey. The charges were ultimately dropped and the couple divorced in 2018.

The actress and singer chronicled many of the highs and lows of her career and personal life — fights on “Glee,” her struggles with anorexia as a teen, her decision to have an abortion — in her 2016 tell-all book, “Sorry Not Sorry.”

Rivera is survived by her son, Josey, and her parents, Yolanda and George Rivera, as well as brother Mychal and sister Nickayla.

On July 2, Rivera posted a now tragically poignant message on Twitter and Instagram that said: “no matter the year, circumstance, or strifes everyday you’re alive is a blessing. Make the most of today and every day you are given. tomorrow is not promised.”