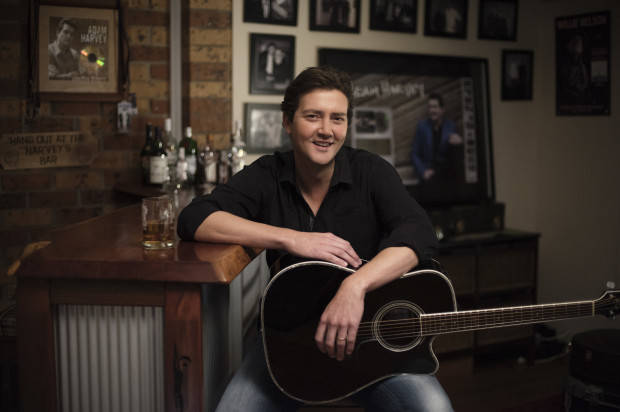 Acclaimed country music star Adam Harvey is excited to announce the upcoming new release of HARVEY’S BAR… THE BACKYARD SESSIONS, available on the 20th of November through Sony Music Australia.

Multiple Aria Award nominee and 8 time CMAA award winner, Adam Harvey is one of Australia’s most popular and enduring country stars with a career spanning over two decades. Encapsulating half a million sales, gold & platinum albums, Adams new endeavour, HARVEY’S BAR… THE BACKYARD SESSIONS follows on from the success of FAMILY LIFE and the GREAT COUNTRY SONGBOOK, his collaboration with Troy Cassar-Daley.

Written in a part of the world which Adam refers to as ‘The Peoples’ Republic of Bateau Bay’ with an acoustic guitar in hand at his home bar, Harvey was able to gather up friends and neighbours for an afterhour’s sing-along with a few beers and his trademark one liners. The latest single off the forthcoming album ‘Harvey’s Backyard Bar’ is a running commentary on any given night at Harvey’s Bar.

“Because I’ve written a few drinking songs in the past,” explains Harvey, “and I talk about how “this happened in the bar, or we wrote this in the bar.” I have a lot of people that come up to me and say, ‘God, I’d love to spend a night in that bar’. I started to think ‘why don’t we try and take a bit of that bar atmosphere and bring the bar to them’. That was the whole idea of the album. I started thinking about some of the songs that we would be singing in the bar. I got the guys in and it didn’t matter if they made a mistake. It’s all about a bunch of guys sitting around together having a good old night, and a few drinks, and having a bit of fun playing the music.”

Prior to recording the album Harvey went into serious (and not so serious) songwriting mode. The album includes some fine new originals including ‘Harvey’s Backyard Bar’, ‘Just Another Player In A Band’ and ‘Alcoholaday’. Occasionally helping out with the writing were good pals Clint Crichton and Luke O’Shea with the final mix created by Jeff McCormack.

The finished album shows a man at the peak of his powers: relaxed and in celebratory mode. The results are infectious. 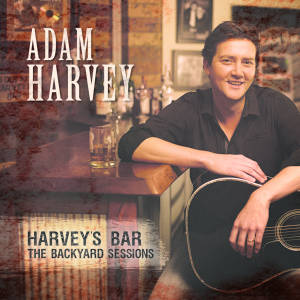 TRACKLISTING
1. Harvey’s Backyard Bar
2. Alcoholday
3. Whose Arms You think You’re In
4. Yeah I Like Beer
5. A Little Less Lonely
6. Party at the Harvey’s
7. Paper and Pen
8. King of The Bar Room
9. Bartender Blues feat. Lyn Bowtell
10. Just Another Player in the Band
11. Misery and Gin
12. The Nips are Getting Bigger
13. Tonight the Bottle Let Me Down