adidas Dubai football Xavi Hernandez by Caroline Russo | on November 23, 2015 | 0 comments | in Whats the Buzz | Like it Spanish football superstar and ex-Barcelona legend Xavi Hernandez was in Dubai today to meet lucky adidas competition winners and help to open the brand new flagship GO-Sport store in Mall of the Emirates.

Hundreds of fans turned out in force to catch a glimpse of the global icon with adidas winners getting to spend precious time and have images taken with their footballing hero. The FIFA World Cup winner made the short trip over from Qatar to Dubai on behalf of adidas to meet and greet fans, and test out the latest edition of the adidas Primeknit X and Ace football boots in the new adidas skills cage set up in store.

Speaking within the spectacular surrounds of GO-Sports the current Al Sadd player Xavi said: “I’m really enjoying my new life and time in the Middle East and the warm reception here in Dubai has been amazing. You can instantly feel the passion people have for all sport but particularly for football. It is always special to meet people who care about football the way I do and the same way as adidas.

“It was fantastic to see the new store and latest adidas range. But at heart I’m a footballer so to get to pay in the adidas skills cage and meet football fans from all over the world was a brilliant way to open the new store.” 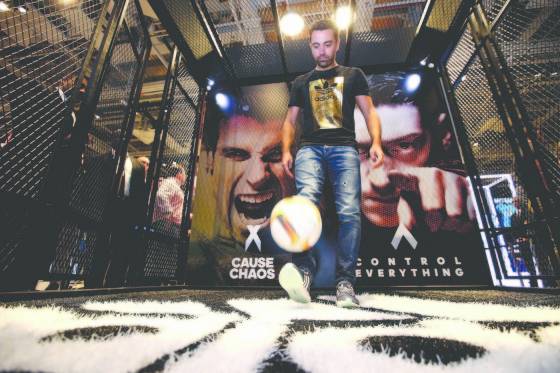 Xavi’s visit coincided with the launch of the all new Primeknit construction X and Ace football boot series by adidas to offer more control and more chaos on the pitch than ever before. The design of the revolutionary two models, X and Ace, has re-defined the game and incorporates the latest adidas technology to equip players with the perfect boots for a specific type of role on the field.

Xavi, considered by many to be Spain’s greatest ever player, demonstrated the new boots while joining lucky competition winners in the interactive adidas skills cage, which puts technique and touch to the test, in a tight enclosed zone.

It was the second time in as many months that adidas their passion for sport having brought true sports fans in the Middle East closer to their heroes than any other brand. adidas recently launched their new home court concept store also in Mall of Emirates Dubai, with the help of another global football icon, David Beckham.

Commenting on the GO-Sport event Jason Thomas, Managing Director, adidas Middle East and Northern Africa commented: “For adidas to bring a superstar like Xavi to such an important occasion is a big statement of our intent and our passion. It reflects our commitment to the region, our partners and connects adidas to all sports fans and players with a once in a lifetime opportunity. Xavi is one our most celebrated icons who is adored worldwide but especially in this region.

“The response to our competition and the reaction of fans today speak volumes for a player who is loved not only for what he has achieved in a glittering career but for the style and grace in which he’s achieved it on the pitch. We share the excitement of the fans. This is yet another example of adidas celebrating sport in the Middle East with a truly inspiring experience. Few could imagine seeing Xavi showing off his many skills up close as he did today in the new interactive adidas sports cage here in GO-Sport.” 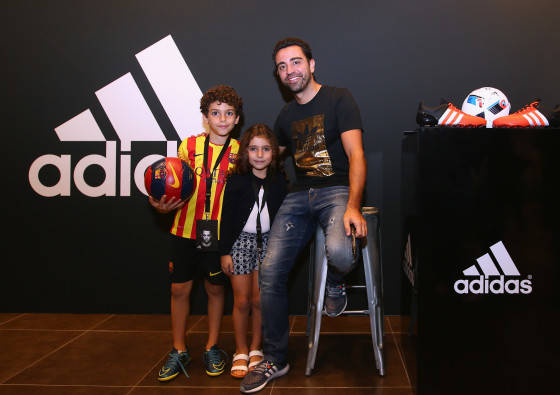 On meeting Xavi thirteen year old Katrina Webb who is part of the E-sports football academy girls U13 team said: “He is so chilled, he is an amazing player and a really friendly person to meet. Xavi is one of my favourite players to watch, and I love how skillful he is, I learn a lot from watching him play.”

While twelve year old Seif Nahas who trains at the Spanish Soccer School in Dubai added: “I think Xavi is the best player ever and I have always admired him. He is the best passer of the ball I have ever seen, and scores amazing goals. I play in midfield and I always try and play like Xavi!”

Proving he is a favourite of even the youngest fans, competition winners Andrew Kelaita, 9 years old and his sister Gabi Kelaita, 6 years old said it was a dream come true. “Xavi is my hero. He was my favourite player at Barcelona and it’s amazing to meet him. When I grow up I want to be a footballer just like Xavi, I play in centre midfield to so he’s my inspiration,” added Andrew Kelaita.