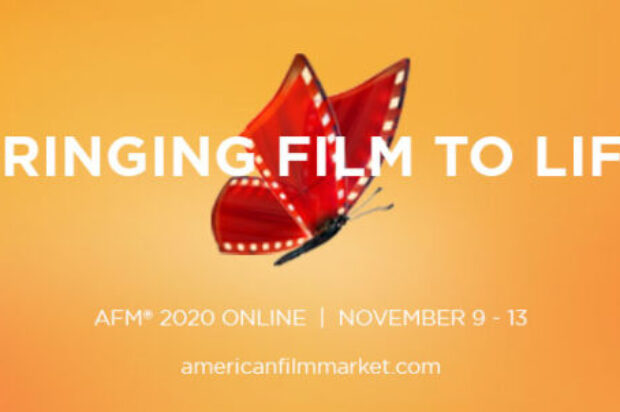 Networking to Take Center Stage with Opportunities for Attendees to Connect via Video by Genres, Location and Specialty Topics

Los Angeles, CA – November 3, 2020 – Ahead of its kick-off next week, the American Film Market (AFM®) today announced new topics and speakers added to the expansive AFM 2020 Online programming lineup that will bring 70+ sessions and 200 speakers over five days, November 9-13, alongside the AFM’s marketplace and screenings at AFM2020.online.

Plans for AFM’s Networking Pavilion have also been revealed. This truly unique online experience gives attendees the opportunity to explore and join over 100 video discussions / “tables” every hour with small groups focused on various genres and specialty topics ranging from Documentary to Horror to Socially Responsible Storytelling. Additional “tables” will offer hourly meet-ups for dozens of countries and U.S. cities, providing the “face-to-face” connections that happen organically in Santa Monica.

While the AFM doesn’t officially start until Monday, November 9, three buildings on the AFM Campus – the Industry Offices, LocationEXPO, and the On Demand Theatre will go live on November 4 for pre-market screenings and project previews.

View the schedule of sessions and speakers for AFM 2020 Online. For more information and registration, please visit americanfilmmarket.com.

About the American Film Market® (AFM®)
The AFM is the most efficient film acquisition, development and networking event in the world. More than US$1 billion in production and distribution deals are closed every year — on both completed films and those in every stage of development and production. Over five days in November, 7,000+ professionals from 70+ countries access the entire global catalogue of available films and projects, attend world class conferences, and connect with decision makers. The AFM is produced by the Independent Film & Television Alliance®.