AFM Film Mode Entertainment SANTA MONICA The Mob Kid by Caroline Russo | on November 1, 2021 | 0 comments | in Film News | Like it The American Film Market each year brings worldwide interest that filmmakers alike come to work business that deals with acquisition, development and networking events. AFM is a marketplace where production and distribution deals are closed. More than US$1 billion in deals are sealed every year — on both completed films and those in every stage of development and production.

Over 7,000 industry professionals from more than 70 countries converge in Santa Monica every November. They include acquisition and development executives, agents, attorneys, directors, distributors, festival directors, financiers, film commissioners, producers, writers, the world’s press and all those who provide services to the motion picture industry. 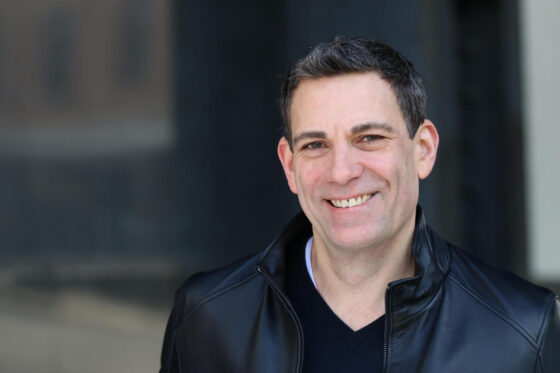 In one of the first announcements Film Mode Entertainment Announces Acquisition, AFM World Market Premiere and Joins as Executive Producer for
Crime Comedy, The Mob Kid

Clay Epstein’s Film Mode Entertainment (FME) and producers Jonathan Benefiel (The Trial of the Chicago 7) and Ani Kyd Wolf (The Silent Natural, The Forest for the Trees) are thrilled to announce the acquisition and AFM (American Film Market) World Market Premiere of The Mob Kid. Clay Epstein and FME are taking on key roles including global sales and executive producing. Some of Epstein’s producing credits include Stage Mother, Burn and Hooking Up. The script was penned by Benefiel.

“We instantly fell in love with this incredible and entertaining story set in a familiar but fresh environment. This is going to be a fun and wild ride for audiences worldwide,” said Epstein.

“I’m beyond thrilled that my film has found a home with Clay Epstein and FME. His company is the perfect fit for “The Mob Kid”. So often, artists have to give up nearly all creative control in order to get their projects made. Clay and his team welcome collaboration with the artist—realizing that doing so will help create a better film.” Said Benefiel The Mob Kid is a body-swap comedy about a terrifying and formidable, old school mafia Don who magically swaps souls and bodies with his overtly geeky and sensitive son. The two soon find that “walking a mile in another one’s shoes” can prove to not only be hilarious, but also extremely deadly. The film is currently moving from development into pre-production.

Benefiel was inspired to write The Mob Kid as a vehicle to get his late-stepfather, the legendary Frank Vestri’s, recorded songs onto the movie’s soundtrack—who died in 1973 when Jonathan was only 10 years old. Benefiel’s producing credits include but are not limited to the multi-award winning, Oscar nominated feature, The Trial of the Chicago 7.

Ani Kyd Wolf is a Canadian film and television producer with over 30 years’ experience in the entertainment industry. Some of her credits include the award-winning feature, The Silent Natural and documentary, Forest For The Trees, and she is one of the creators and executive producers of the series Peace River Texas. Wolf is also a director and a signed musician with three studio albums and CEO of the film production company Sugar Skull Films.

The resurgence of gangster/mob films such as The Many Saints of Newark and Mob Girl, as well as multiple award-winning series like The Sopranos have been making a significant mark across the global marketplace, with distributors and audiences demanding more. The Mob Kid is a refreshing, comedic take on a beloved, in-demand genre that answers the call. During the past year, viewership, ratings and earnings for similar projects have risen over 500% with combined box office and streaming platform earnings nearing topping the $1B mark, according to Box Office Mojo, IMDb, and other trusted sources.

“When Jonathan first gave me the script earlier this year, I genuinely loved it and laughed out loud from the start. As I read it I could really visualize this project on screen and felt that others needed to experience this also.” Said Ani Kyd Wolf.

The Mob Kid is currently being packaged by an expert team with a number of industry veterans being considered for various roles in front of and behind the camera.