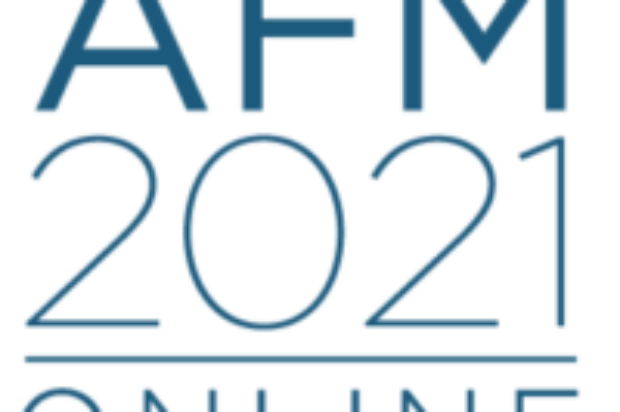 While the pandemic has limited live-action film production, animation projects have successfully forged ahead. Industry experts discuss the creative process, production, and sales opportunities for independent animated product now and what the future holds.

How is the independent animation sector growing and how is it different?
Michael Ryan – “It’s alive and well which I’m very pleased about. It has been a growing industry – a lot of people have jumped on that bandwagon. It’s a particular part of our industry that’s a bit more complicated than one thinks. If you’re [pre] selling rights, for a live action movie you’re relying on those elements that we you can sell. But when you have an animated movie, what do you sell? You might be able to sell [your buyer on] the voices if you have famous actors but most of the territories it’s going to be dubbed anyway so it doesn’t always matter. The financing of it versus a live action movie is a lot more complex. But it’s growing and growing. The European industry makes a huge amount of animation and it’s a very large marketplace, so if you can tap into that and find co-producers, that’s a great way to make your movies.”

“Apart from the UK [because those movies tend to be Disney, the huge studio movies], the rest of Europe is used to making co-productions in animation and it’s surprising how much, especially in France, support they get from their government and from the EU is enormous, and the audience responds to it. There is a separate audience that is growing and growing for animation. It tends to be not be English speaking and in France and those certain territories…We’re now venturing into other places – Latin America and Eastern Europe just to see what’s happening there. It’s pretty vibrant.”

What types of stories are particularly in demand?

Tania Pinto Da Cunha – “Different than series, in feature films, it’s difficult to have content for very young children – preschoolers. In cinema, it doesn’t work. For us you have to have a target family audience and make family animation – it has to be aimed 6 or 8 year old plus.”

Edward Noeltner – “A lot of distributors are always looking for the inclusive…animals, talking animals. They want a good story with a lot of humor, a little bit of edginess here and there that will play to an older audience. Animation on human characters is the absolute hardest to achieve so if you set it in the animal world, independents see a lot of success with that… [It’s all about] taking families to a world, a place they wouldn’t normally be able to go for two hours and nothing can be better than that.”

Michael Ryan – “If you want Pre-school, you have to have an IP that is very important to those kids. If you want it to resonate up to the parents that’s even better. Generally, if you can find the animals, like that’s what most kids want and it’s a very large age group – you probably reach up to 10 or 11 and that’s a big age group and means that the parents have to go. It stops at a certain age point. Kids, especially boys, past 10 don’t go to animated movies – it’s very very rare. Generally, if you can find the animals like in “Zambezia” which Edward [Edward Noeltner]. Human animation is incredibly hard especially because humans aren’t typically funny in animated films unless you’re very clever.”

Edward Noeltner – “Another thing you have to be very careful about is on screen violence…If you have scenes in an animated feature that kids think they can do at home, you’ll have a real problem with censorship. A lot of mothers determine what movies they take their kids to, so we try to target our trailers to mothers. Be very careful with the violence if you’re trying to reach a family audience. The last thing mothers want to do is put their hands in front of their kids’ faces when their watching a movie…One thing I did on a couple of occasions was take the screenplay to Dove [Dove Soap brand has an approval division that puts a stamp of approval] for them to review it for the Dove Seal of Approval. I had them read a couple of the scripts I was thinking of investing in and asked if they would be acceptable for their approval board and took a few cues and make a couple of adjustments just to make sure I wouldn’t run into that issue of violence or offensiveness for my animated films moving forward.”

What do you want in an animated script?

Michael Ryan – “If you’re going to write in the animated field, you have to be a really good comedy writer. All these audiences want to do when they watch an animated feature is laugh, they want to laugh out loud and it’s really difficult to find writers that can make people laugh out loud. I am punching up the comedy dialogue in my animated films right until they’re finished because you can never get enough comedy in an animated film.”

If you are writing something like “I Lost My Body” or “Flee” those are all beautiful movies and all well written amazing screenplays, you just have to know that your audience is going to be limited but maybe you’ll earn Oscar nominees.”

What’s the importance of film market events to the independent animators?

Daniel Bort – “You want to have the interactions also with the TV executives that are financing as well, so these are the places that you meet the TF1s and the BBCs and those people also shape up the market worldwide.”

Michael Ryan – “[Markets] It’s just as important for animation as it is for live action – it’s exactly the same thing. We’re all co-producers now, we need co-producers to produce with and the only way to do it really is to meet them in person.”

How are you working with the platforms and for animations are relationships with them a worthwhile endeavor?

Tania Pinto Da Cunha – “It’s giving another opportunity in a way and they’ve come to stay. They’re doing quite a bit of damage on the one hand, since animation they are doing a lot so they are taking our talent and we cannot compete with those prices…but at the same time they are also putting money into production, they are financing a lot of films and if that continues it’s not necessarily bad thing for producers especially in Europe since it takes so long to get the funds from subsidies that you’re developing and trying to get the funding for so long…Platforms are buying from independents, it’s not easy and if there’s something that they want they’re paying big money. I think we’ll come to a balance.”

Michael Ryan – “We owe it to ourselves to try and work with them. I find it really very difficult to get one of the big streamers…some of them just don’t do animation – Hulu for instance, Amazon very very rarely. Netflix, they’re doing so much of their own, I think they have done it [bought] once for a big [animated] independent film. It’s very few and far between, so that means that we should really concentrate on our business which is with independent distributors throughout the world and that’s who we sell to. I don’t regard the streamers as a real buyer of our animated features, they’ve really never committed to it so I don’t really concentrate on it. We’ve just done a big deal with Sky on a number of territories. Is that a streamer? Not really but kind of – it’s a hybrid so they’ll do some theatrical releases where they can. Dealing with Amazon, Netflix you can’t really rely on – our [animation] business is still with the theatrical distributors around the world.

“I do like the fact that they [Netflix] are doing regional buys for foreign language movies. They don’t have any fear of that which is great and that’s a good service to the animation industry. They’re very big in Germany, they’re becoming much bigger in France, Spain and I think that’s a very farsighted attitude.”

Edward Noeltner – “We should all make a concerted effort to see what Netflix is doing in terms of animation – in terms of the story structure, the production values, I think they’re doing an incredible job and that’s a bar we have to reach to because otherwise the audience is going to stay home and watch Netflix.”

Daniel Bort – “The only truly worldwide game of the streamers right now that could buy independent animation is Netflix. The other ones are not.”

What is going to make things better for the industry for 2022?

Michael Ryan – “I think if we can get people back to the cinema, that’s what we all need.”