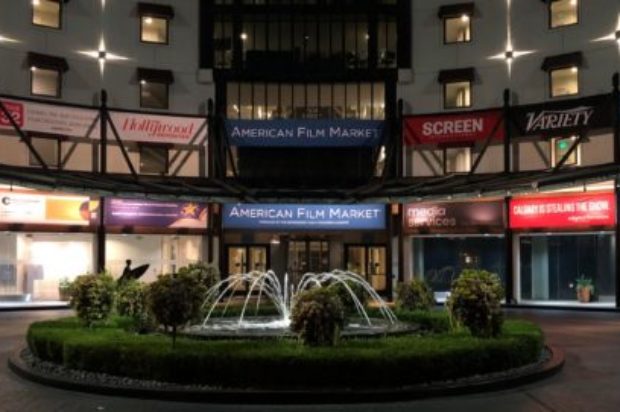 — The American Film Market® (AFM®) will open the doors for its 39th installment tomorrow, October 31. Thousands of global film industry players, including finance, production, sales and distribution executives will be in attendance for screenings, meetings, networking, panels, and to solidify deals on both completed films and thousands of projects destined to reach the audiences around the world. This marks the AFM’s 28th year in the city of Santa Monica.

The AFM will welcome at least 70 companies from 28 countries attending for the first time as buyers with the largest number coming from the United States, followed by China, Italy and South Korea, as well as Canada, Germany, Spain, Taiwan, and Vietnam. Buyers from the world’s leading digital platforms are also confirmed.
In addition, AFM will have at least 60 new exhibiting companies from 15 countries in the market. Of the 400 exhibitors, the United States will have the biggest presence with 160, followed by the United Kingdom (34), France (29), South Korea (22), China (17), Japan (13), Russia (12) and Germany (11).

Total attendance is projected to be more than 7,000. Final attendance figures will be announced later in the market.
For 2018, the AFM is placing an increased emphasis on industry intelligence and education, expanding its programming lineup of Conferences, Roundtables, Workshops and Spotlight Events, and adding a third venue – the AFM Gallery at Le Merigot Hotel. More than 150 speakers will take the stage for 40 sessions featuring a diverse array of topics to support virtually every facet of the business.
Jonathan Wolf, AFM Managing Director commented, “New distribution companies and platforms are launching, connecting independent films with audiences throughout the world. We look forward to welcoming all to the AFM. And in Hollywood’s backyard, AFM is the perfect environment for international experts, leaders and visionaries to engage in discussions and debates.”
The Conference Series begins Friday, Nov. 2 with The Global Perspective featuring a dialogue with Independent Film & Television Alliance® President/CEO Jean Prewitt and Motion Picture Association of America® Chairman/CEO Charles Rivkin on the major challenges and opportunities facing the film industry and how their organizations are addressing them. Following, two panels focused on business strategies and the evolving marketplace will bring together executives Arianne Fraser, Highland Film Group, John Friedberg, STX Entertainment, and Milan Popelka, FilmNation Entertainment, and buyers/distributors Sasha Bühler, Constantin Film, Victor Hadida, Metropolitan Filmexport, and Syrinthia Studer, Paramount.

LocationEXPO®, in its second year, will take place over the course of four days of AFM – November 3-6 – in a dedicated exhibit space in the Loews Hotel. More than 60 Film Commissions, Government Agencies, Production Facilities and Services with a combined offering of billions of dollars in production incentives and resources will be represented.
In order to best serve its growing attendance and to provide improved access and resources for all of its participants traveling in from more than 80 countries, an AFM badge will now be required by all to enter the Loews Hotel.
The American Film Market is produced by the Independent Film & Television Alliance.