AIMC TO OPEN WITH AUSTRALIAN PREMIERE OF ‘THE THEORY OF EVERYTHING’ 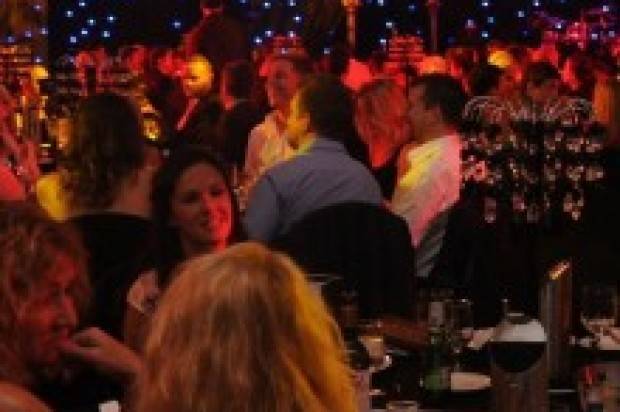 The 69th Australian International Movie Convention at Jupiters Hotel & Casino on Queensland’s Gold Coast from October 12-16 will open with the Australian Premiere of ‘The Theory of Everything’.

The AIMC is hosted annually by NACO (National Association of Cinema Operators-Australasia). NACO Executive Director, Michael Hawkins, says: “We will see some very strong product during this convention, ahead of what many have forecast as a powerhouse box office year in 2015. We will be off to a good start as the AIMC Opening Night hosts the Australian Premiere of the Universal-distributed Working Title film ‘The Theory of Everything’, says Mr Hawkins.

Mike Baard, Managing Director, Universal Pictures Australasia, said: “We are delighted that the film will have its official Australian Premiere at the AIMC. This is one of the most important events on the industry calendar and following its successful World Premiere at the recent Toronto Film Festival, this is a perfect opportunity for the exhibitors of Australia to see this wonderful, uplifting film in advance of its national release in January 2015.”

‘The Theory of Everything’ is the extraordinary story of one of the world’s greatest living minds, the renowned astrophysicist Stephen Hawking, who falls deeply in love with fellow Cambridge student Jane Wilde. Together they defy impossible odds, breaking new ground in medicine and science, and achieving more than they could ever have dreamed. Eddie Redmayne and Felicity Jones star as the young lovers in this inspiring film directed by Academy Award® winner James Marsh.

Michael Hawkins says the convention is a valuable industry event for the Australian, NZ and Pacific region as it offers those in production, distribution, cinema exhibition and allied trades an unparalleled opportunity to come together once a year.