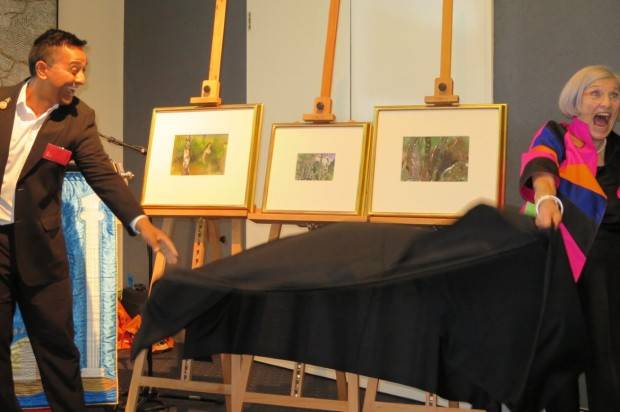 Visitors to Gold Coast City Gallery can appreciate leading Australian artist Albert Tucker’s far‑sighted land purchase at Springbrook, thanks to a generous donation by the Australian Decorative and Fine Arts Society (ADFAS) on the Gold Coast.

The lush subtropical rainforest of the Gold Coast hinterland has drawn the attention of a number of major Australian artists, most notably inspiring the majestic paintings of William Robinson.

In early 1970, Albert Tucker and his wife Barbara heard about the potential threat of development of a small piece of land near the existing National Park at Springbrook and purchased it as a way to save it from development. They would visit it over a number of years, inviting other artists such as Fred Williams to join them. The land is now part of Springbrook National Park.

The donation is valued at $10,000 and has allowed the Gallery to purchase three works from Albert Tucker’s Springbrookseries which were all painted in the early 1970s during time spent in a ramshackle old banana shed on the property.

Sandi Fueloep, Chairman, ADFAS Gold Coast said that the society was motivated to gift such a generous donation after the confirmation of Stage 1 of new Cultural Precinct at Evandale.

‘The provision of additional Gallery space in the redevelopment gave our members the enthusiasm to contribute further to the Gold Coast City Collection,’ she said.

‘Our members are extremely grateful for the mutually beneficial relationship we share with The Arts Centre Gold Coast and feel that such a donation contributes to the cultural vibrancy of our city.” said Ms Fueloep.

The donated works will be on display in the Cool, Calm and Collected exhibition at the Gallery from 13 December to 26 January 2015, curated to showcase some of the recent artworks gifted to the Gallery by generous donors.

Gallery Manager John Walsh said the donation of the Springbrook series was a significant addition to the Gallery’s permanent collection.

‘This donation will allow us to share the local connection of such a significant Australian artist with visitors to the Gallery,’ Mr Walsh said.

‘These artworks were painted late in Tucker’s life when he purchased land in Springbrook as a conservation project to preserve the rainforest of the Gold Coast hinterland,’

‘The works have an impeccable provenance having been recently consigned for sale by the artist’s widow from her personal collection,’ he said.

‘We are extremely thankful to ADFAS Gold Coast for their continued support in developing our city’s collection and look forward to sharing these artworks with the community.’ said Mr Walsh. 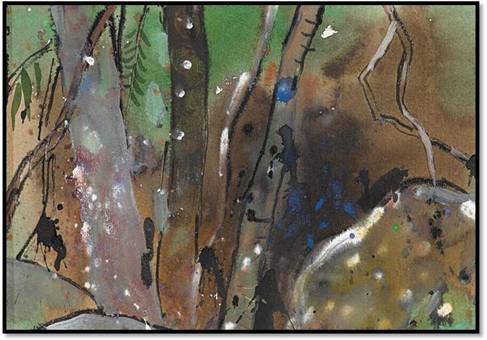