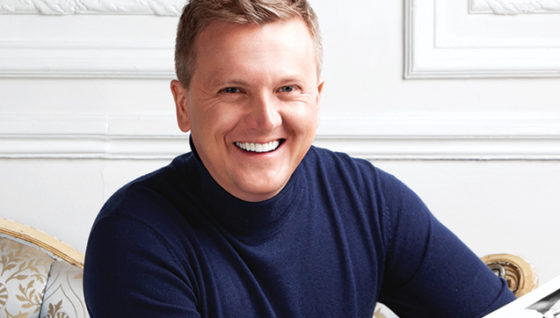 Live Nation is pleased to announce the return to Australia of ALED JONES for his One Voice – Live in Concert tour.
The tour follows the release of the ONE VOICE album by Universal Music, on which the former choirboy duets with his younger self. In the UK this was a #1 selling album and marks a sensational musical comeback for the singer, being his first Top 10 album in over 30 years.

Aled’s album – released in Australia this week – features the last-ever, previously unheard recordings of him as a boy. They were rediscovered following a chance conversation with his parents at their home in North Wales. They revealed there was a tape of his folk song recordings in their airing cupboard (to keep it dry) sandwiched in-between his old pants and socks!

One Voice features Aled’s duets of classic folk songs such as ‘Lark in the Clear Air’, ‘Danny Boy’ and ‘Eriskay Love Lilt’, as well as Welsh favourites ‘All Through the Night’ and ‘David of the White Rock’. Aled has also recorded three brand new solo tracks including ‘Come To Me Soothing Sleep’ by Handel and ‘The Ash Grove’. Aled’s only recording with legendary Australian soprano Dame Joan Sutherland was in Handel’s glorious oratorio Athalia, which was recorded with Christopher Hogwood in 1986. This special Australian edition of One Voice will include a key moment from this recording, placing the greatest bel canto singer of her age alongside the world’s most famous boy soprano.
In a very special treat for his Australian audiences, Aled takes to the stage for three October shows in which projections of his younger self will join Aled on stage to sing duets from the album and renowned favourites such as ‘Danny Boy’ and The Snowman theme ‘Walking in the Air’. He will also be joined on-stage by local choirs in each city.
Tickets for all shows go on sale at 10am Monday, April 10. My Live Nation members can secure tickets first during the exclusive pre-sale beginning at midday this Friday, April 7. Fans may also access a VIP Package which includes:

a Meet and Greet and photo opportunity. For complete tour and ticketing details, visit: livenation.com.au.