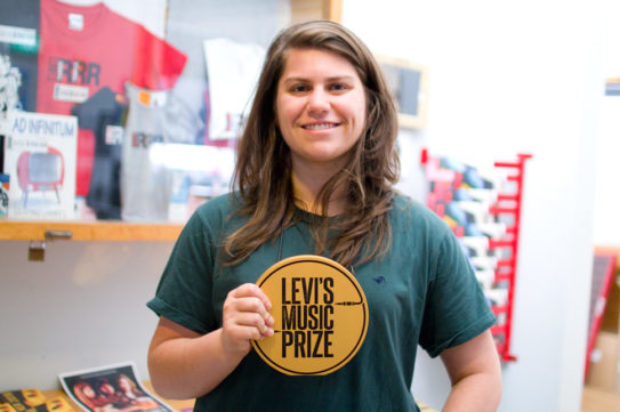 Melbourne singer/songwriter Alex Lahey has been awarded the second round of the $25,000 Levi’s® Music Prize by a panel of international judges today.

The quarterly prize aims to support artists that have built significant initial career momentum via their BIGSOUND experience, but who need a financial leg-up to keep moving forward on the international stage. Lahey showcased at BIGSOUND during her breakout year in 2016 and has since capitalised on momentum by touring internationally and releasing her debut album ‘I Love You Like A Brother’.

“I am extremely honoured and grateful to have been awarded the Levi’s® Music Prize. As an independent artist, having this support and encouragement is so motivating and will help get this project overseas for more touring and recording opportunities. Always support local artists” – Alex Lahey

The inaugural $25,000 prize was awarded to Perth singer/songwriter Stella Donnelly on the final day of BIGSOUND 2017. The program has since opened up to BIGSOUND alumni who have showcased over the last five years, to apply for further $25,000 prizes, each quarter.

“BIGSOUND 2017 was an exciting first for us in launching the Levi’s® Music Prize. It was great to see the positivity that the award created from within the Australian music industry. We’d like to congratulate our second winner – Alex Lahey and look forward to watching her international career goals come to fruition over the coming 12 months” – Levi’s® Marketing Manager for Australia & New Zealand Nicky Rowsell.

Administered by QMusic in conjunction with Sounds Australia, the prize provides multiple opportunities for BIGSOUND artists as they build their international careers post-BIGSOUND.

Applications are now open for round three and close March 10, 2018. Artists who have performed on the official BIGSOUND line up between 2013 – 2017 are invited to apply via the BIGSOUND website www.bigsound.org.au/levis-music-prize.

The remaining rounds for 2017/18 will be the last chance for artists on the 2013 line up to be eligible. Unsuccessful artists can re-apply each quarter while successful recipients are welcome to re-apply after 3 years.