Alfie Arcuri, a 28-year-old architect from Sydney, is the winner of The Voice 2016.

Tonight Australia crowned Alfie over the other finalists – Ellen Reed, Adam Ladell and Tash Lockhart – to give his coach, Delta Goodrem, her first winner of The Voice in a nailbiting live decider that had everyone in the arena on the edge of their seats.

Alfie performed three songs throughout the night: Catapult, Beneath Your Beautiful, a duet with Delta Goodrem, and his winner’s single, Cruel, which brought the house down. Cruel will be available immediately on iTunes and all other download and streaming services from midnight, and his debut album is expected to be released on July 29 through Universal Music Australia. The pre-order for the album will be made available tonight on iTunes. 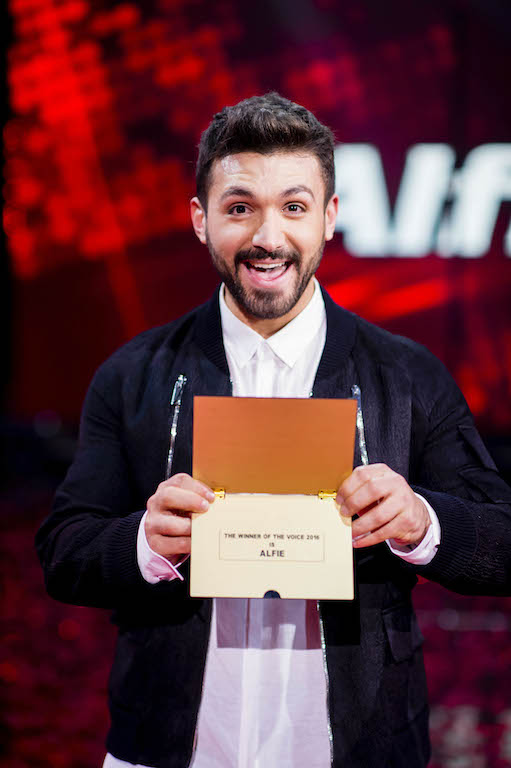 Delta Goodrem said: “Alfie was a very special artist from the start. He has a real gift and beautiful charisma which shines every time he sings,” Delta said. “I am so proud and honoured to have shared this journey with him as his coach on Team Delta and The Voice season five. I couldn’t be more proud that Australia has voted for Alfie. It’s been an incredible season, and I look forward to seeing Alfie develop as an artist who will always have my support.”

“We are very proud of all four finalists and delighted for Alfie. He was the very first artist we saw in the Blind Auditions and went all the way to win,” said John Walsh, Executive Producer, Channel Nine.

George Ash, President, Universal Music Asia Pacific, added: “We are thrilled to welcome Alfie Arcuri to the Universal Music family and are excited once again to be part of such a great season of The Voice here in Australia. We congratulate all the artists and coaches on a great year and look forward to working with Alfie on his new single and upcoming album.”

As the winner of The Voice, Alfie Arcuri receives the grand prize of $100,000 in cash, a new Mazda3 and a recording contract with Universal Music Australia.he Voice is a co-production between Endemol Shine Australia and Talpa Productions. The Australian series of
The Voice is filmed at Fox Studios in Sydney.