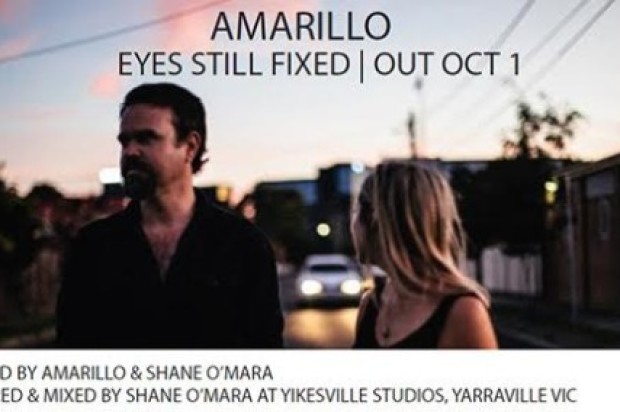 Fresh from the recent release of their exceptionally well-received first single “All I Can See”, Melbourne outfit AMARILLO have announced a run of East Coast dates to promote their new album EYES STILL FIXED, out Oct 1.

AMARILLO have also revealed a new video for one of the album’s many highlights ‘Congratulations’, described by Tone Deaf as “A gorgeous mix of country instrumentation and perfectly-crafted pop sensibilities”

EYES STILL FIXED was written mostly on the road; in motel rooms across the top end, the Northern Territory and Western Australia, and scrawled on notebooks in trains across Spain and France. The album touches on lyrical themes of friendship and love, isolation and distance, family and the irreversible loss of home.

Recorded with Nick’s cousin, Shane O’Mara at his Yikesville studio, and produced by Shane and Amarillo, the album is a family affair. With layered acoustic and electric guitars on some tracks, and sparser instrumentation on others the album is song focused with the band steering their sound towards Jac and Nick’s shared love of jangly English pop – xtc, The Sundays, Johnny Mar – with a dose of Americana, showcasing Jac’s lyrical voice and Nick’s 1940’s Australian Maxim lap steel guitar and love of Stones era Ry Cooder.

Amarillo will perform preview shows at the Newtown Social Club in Sydney on Wednesday 21st September, and in Maitland @ Poom Poom’s Café & Bar on Friday September 23, before their Melbourne launch at the Bella Union on October 8. Amarillo will then head north to Brisbane’s The Bearded Lady on October 16, with more shows to be announced. Details below.