andrew denton Billy Crystal interviews sit down Spotlight tours of celebrities VIP by Caroline Russo | on April 11, 2016 | 0 comments | in Whats the Buzz | Like it 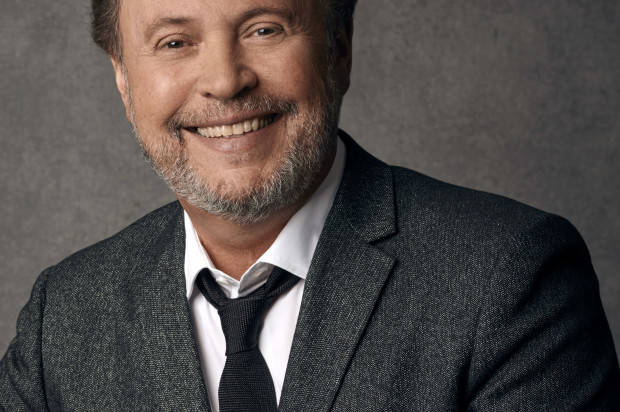 Following the triumphant success of 700 Sundays in Australia Billy Crystal is coming back to Australia.
It will be a evening of laughs, personal stories and the unexpected.

Tony® and Emmy Award®-winning comedian, actor, producer, writer and director Billy Crystal will share the stage with celebrated Australian interviewer Andrew Denton in An Evening of Sit Down with BILLY CRYSTAL hosted by Andrew Denton, which is touring Australia in July and August.

Tickets go on sale on Monday April 18 for what promises to be a hilarious and personal evening as Crystal provides his unique observations on the world around and reflects on his life and career so far.

A stand-up comic turned television star, Crystal found fame as a movie funnyman with starring roles in blockbusters such as When Harry Met Sally, City Slickers and Analyze This. He was much loved as the acclaimed nine-time host of the Academy Awards, an achievement topped only by Bob Hope, who hosted the Oscars 19 times. Also an award winning author, Crystal’s latest memoir, Still Foolin’ ‘Em: Where I’ve Been, Where I’m Going, and Where the Hell Are My Keys? was an instant NY Times best seller.

Crystal last toured Australia, Melbourne, and Sydney in 2007 for his hugely successful play 700 Sundays, for which he won a Tony Award and Helpmann Award.

This year, for the first time, he will perform shows in Brisbane, Perth and Auckland.

“I’m absolutely delighted to be back in Australia. My experience with 700 Sundays was fantastic. Audiences were sensational and the people we met were unforgettable.”

“I’m also really excited to be working with Andrew Denton. He’s very witty and incisive and we’ll bring the best out of each other. The show will be spontaneous, funny and unpredictable. I tell stories, I perform, we show film clips. And yes, I will stand up. It’s not only a conversation with Andrew, it’s with the audience as well.”

An Evening of Sit Down with BILLY CRYSTAL hosted by Andrew Denton is being produced and promoted by the Dainty Group.

“It is a thrill to bring the humor, wisdom and wit of two of the world’s great comedians and conversationalists to an Australian audience,” Dainty Group founder Paul Dainty said. “I look forward to hearing the stories they tell, the laughter they provoke and the secrets they reveal.”

An Evening of Sit Down with BILLY CRYSTAL ­hosted by Andrew Denton tour dates: Ticket on sale April 18th