ANE BRUN HOW BEAUTY HOLDS THE HAND OF SORROW

#anebrun #emotions #sorrow beauty Music Singer by Caroline Russo | on December 6, 2020 | 0 comments | in Music | Like it 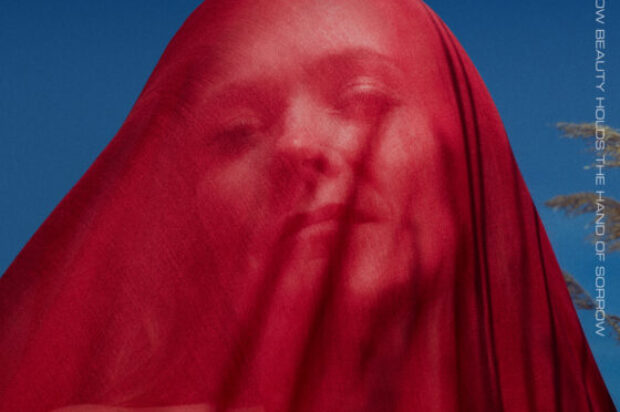 Though ANE BRUN has been kept busy the last few years by the release of multiple of songs and albums, those who follow her more closely will have noticed something unusual about the always productive, ever innovative artist’s work: she’s not released a collection of new original music since 2015’s acclaimed When I’m Free, which took her to the top of the charts both in her native Norway and her adopted homeland of Sweden.

That all changed when AFTER THE GREAT STORM was announced for October 30, 2020, and it arrived with a second revelation: another album, HOW BEAUTY HOLDS THE HAND OF SORROW, would follow just a month later, on November 27, 2020. What remained under wraps, though, was just how dramatically different the two records would be from one another. In confident opposition to its immediate predecessor, her ninth album offers without doubt some of the most stark, tender and palliative songs of her entire two-decade career. The long wait, in other words, has been doubly worth it. There is, though, an inevitably sad but significant reason for the lengthy interval that preceded both collections.

“Making an album always involved digging deep into myself,” BRUN explains. “I deal with everything that happens in my life – relationships, changes, challenges – through writing music. But when my father passed away in 2016 I neither could, nor wanted to. It was a strange experience: I’m a very process-and-digest kind of person. I work on my issues, and I move forward. But, in the grief of losing a parent, it didn’t work. I couldn’t find the right tools in my toolbox, and there was no solution. My father was gone. It took me some time to understand that time itself was the key.”

Though she’d first tried writing for a new record a year earlier, it wasn’t until summer 2019 that BRUN was able fully to unlock her imagination. Retreating to a cabin deep in the Norwegian mountains, she revelled in a three-week burst of creativity which gave birth to almost all of the two albums’ songs. “I had a list of topics, ideas and sketches written down,” she says, “and worked my way through them, one by one. On the final day, I completed ‘Last Breath’, and when I closed the door that night I knew I was done. I had nothing more I needed to say. It was an almost physical feeling. I felt simultaneously empty and fulfilled…”

Afterwards, her energy remained undimmed. By early 2020, BRUN had almost finished recording, mostly at Stockholm’s Atlantis Studios and Studio Bruket, home to Tonbruket and the studio where musician and co-producer Martin Hederos – who also co-wrote a number of songs – and Studio Bruket’s own house sound technician Anton Sundell (co-producer on BRUN’s 2017’s covers collection Leave Me Breathless) reside. BRUN put together a co-producing trio consisting of herself, Sundell and Hederos for both albums, and the results emphasise the remarkable spread of her work, from quiet piano ballads or deft slices of airy pop to some of her most bold, extravagant songs ever.

With eighteen such tracks united by common themes, BRUN’s original intention was for a double album, but, as lockdown kicked in, spare time imposed by the pandemic led her to reassess this concept. So, while she and her team administered final touches remotely, she added one last song, before separating the recordings into two collections, distinguished by contrasting moods. Both, of course, are quintessentially BRUN, but the more upbeat AFTER THE GREAT STORM – which finds her in questing mode, drawing upon her experiences both in performance and in collaboration, her crystal-clear, affecting voice haunted by electronic and analogue textures – will delight those who’ve tracked her constant stylistic reinventions. HOW BEAUTY HOLDS THE HAND OF SORROW, on the other hand – though it, too, explores fresh techniques and styles – will be more familiar to those who recall BRUN as the emotional, guitar-picking singer-songwriter who emerged at the turn of the century.

“I’ve chosen to let myself be free to create whatever genre I’m interested in at the moment, to keep things interesting and inspiring,” BRUN explains. “Over the years I’ve explored so many different sides to my musical self, and I feel lucky to have had the freedom and resources to experiment like this. But the ballads and the singer-songwriter style will probably always exist in my music-making and my performances, especially since I rework my more pop or electronic songs when performing alone or with a stripped-down ensemble. I love being in that intimate space.”

Of her decision to focus HOW BEAUTY HOLDS THE HAND OF SORROW on her quiet, distinctive brand of poignancy, BRUN explains that “when it comes to slower, softer, more melancholic music, I love listening to albums or playlists that put me in a specific mood just by offering me a good 45 minutes of that ‘cool down’ state of mind. These are the albums that I tend to put on repeat, like Sufjan Stevens’ Carrie & Lowell or Nils Frahms’ Screws.”

HOW BEAUTY HOLDS THE HAND OF SORROW undeniably creates a similarly specific mood. It opens with the piano-led ‘Last Breath’, its elegiac beauty underlined by an astonishing string-drenched coda – arranged by Tonbruket’s Johan Lindström – as BRUN addresses “how grief and missing someone also have a positive side, and how missing them makes them three-dimensional and closer and more real”. It concludes, too, with a piano-only interpretation of ‘Don’t Run And Hide’, a version of which distinguishes AFTER THE GREAT STORM, with both displaying her voice’s singular, heart-breaking sensitivity, a quality worthy of Beth Gibbons. There are two further delicate piano ballads as well: ‘Closer’ occupies territory somewhere between Joni Mitchell and Kate Bush, and is, she reveals, about “the never-ending topic of how hardship makes you stronger, or brings you closer to something truer to yourself,” while the plaintive ‘Lose My Way’ finds her joined by Oscar-nominated, Emmy Award-winning composer Dustin O’Halloran (also of A Winged Victory For The Sullen).

“We decided to try to co-write in Dustin’s studio on a very warm Berlin night,” BRUN recalls, “just after we’d become friends. It was only a few weeks since my father had passed away, so I was in a very special, vulnerable state of mind. We had a glass of wine and improvised our way to this song, which was finished the same night, with words coming out of me like a message to my father. The next day we recorded the version that’s on the album.” It would still be a while before she was able to write more songs for the album, but BRUN and Dustin O’Halloran would go on to compose ‘Horizons’, the closing theme for the 2018 movie Puzzle, which she performed at the Nobel Peace Prize ceremony in Oslo a year later.

Piano, meanwhile, is swapped for acoustic guitar on both ‘Meet You At The Delta’ – which adds an entirely fresh English lyric to a song first written some years back for a TV show where BRUN sang poetry by Swedish poet Bruno K Öjer – and on the succinct ‘Breaking The Surface’, the only album track penned after the pandemic began. “I had an image in my head during the first couple of months of a lake where truths floated up and broke the surface,” Brun says. “One of those was how love and our close relationships are, in the end, all that count. A crisis like this shows us how the world is structured, both politically and economically, and what really matters.”

Three further songs offer fuller arrangements, but they retain the reassuring, peaceful empathy of the album as a whole: the shuffling ‘Gentle Wind Of Gratitude’, offered as comfort for a suffering friend; ‘Song For Thrill And Tom’, whose luminous buoyancy is boosted by the angelic backing vocals of Jennie Abrahamson, Linnea Olsson, Therese Börjesson and Carolina Wallin Perez; and the quite simply magical ‘Trust’, which nestles at the album’s heart, BRUN’s voice uncommonly enchanting as she consoles us with words of enviable faith: “I throw myself into the open air / Every particle will catch me there.”

That’s exactly the level of trust BRUN has been inspiring for almost two decades, and HOW BEAUTY HOLDS THE HAND OF SORROW yet again demonstrates why. Like AFTER THE GREAT STORM, it’s both intimate and universal, often simultaneously, and confirms once more that the Norwegian artist demands rapt, dedicated attention. That she can do this on two albums in quick succession, moreover, is yet more reason to believe that – as she vows on ‘Don’t Run And Hide’ – “I’m here for you…”