ADMAM LAMBERT AUSTRALIA 2020 TOURS QUEEN MUSIC TED DAINTY THE SHOW MUST GO ON touring by Caroline Russo | on April 7, 2019 | 0 comments | in Entertainment | Like it 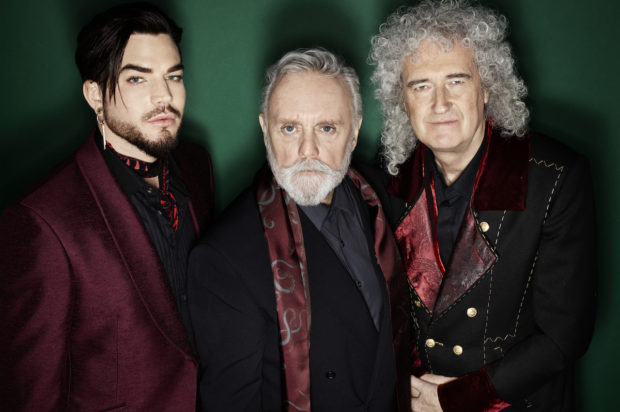 The soaring success of the film Bohemian Rhapsody, the highest grossing music biopic of all time, has proven that the love for Queen remains as strong as ever. Lifelong Australian fans and new converts will be thrilled with the news that Queen original band members Brian May and Roger Taylor are teaming up once more with longtime frontman Adam Lambert on lead vocals and returning to Australia in February 2020 for 6 giant stadium shows with abrand-new, spectacular production.

Produced in Australia by TEG Dainty, the epic 6 date Rhapsody Tour is set to run from February 13 to February 29, 2020 with an all-new stadium concert experience, the tour dates are:

Tickets go on sale from www.ticketek.com.au on Monday 15 April with staggered on sale times from 10.30am AEST. A Telstra Thanks presale starts Wednesday 10 April, with staggered times from 9.30am AEST and is open until Friday 12 April. Go to www.telstra.com/queen for further details including local market times.

Announcing their Rhapsody Tour of Australia Roger Taylor said: “We are ready for Australia and raring to get back with our new show.”

Adam Lambert said: “We have a brand-new visual spectacle that will reframe these iconic songs and we are excited to reveal the show to Australian fans!”

With Brian May adding: “This is a great opportunity. Our last tour featured our most ambitious production ever and got us our best notices ever. So we decided to rip it apart and get even more ambitious! Watch out, Australia! “

Paul Dainty, President and CEO of TEG-DAINTY said: “With the enormous success of the highest grossing music biopic of all time – Bohemian Rhapsody – Queen’s popularity in Australia is as huge as it gets, we can’t wait to bring Queen + Adam Lambert back to Australia with this brand new stadium production and watch them bring their iconic songs to life.”

The Rhapsody Tour will debut a brand new larger-than-life production. Set designer Ric Lipson says: “Queen + Adam Lambert’s Rhapsody tour will, once again for them, expand the parameters of what a live music experience can be. This new show promises to be their most spectacular yet, an innovative and interactive celebration of the continued power of Queen’s music.”

Since Adam Lambert first shared the stage with Queen for the 2009 American Idol final, his dynamic performances have reinvigorated the band and delighted fans worldwide. Their first full show thrilled a half-a-million-strong crowd in the Ukraine capital city of Kiev in June 2012. Since then May and Taylor’s musical fireworks have been matched by Lambert’s vocal prowess and stage presence, making for an explosive combination. Over 180 gigs later, the partnership has proven a commercial and critical triumph, playing to enraptured full houses in every corner of the world.

Completing the tour line-up are long-term collaborator Spike Edney on keyboards, Neil Fairclough on bass, and Tyler Warren on percussion.

Then along came 20th Century Fox’s Bohemian Rhapsody. The movie has topped the cinema box office in more than 35 countries around the world since its late October release, drawing worldwide box office receipts approaching $900 million. The excitement the film inspired also saw Queen propelled back on to the music charts, where they hit No. 1 on Billboard’s Artist 100 Chart, reminding fans why they loved them and dazzling the previously-uninitiated. ‘Bohemian Rhapsody’ is officially the world’s most-streamed song from the 20th Century. Indicative of Australia’s enduring passion for Queen – the Bohemian Rhapsody soundtrack spent four weeks at #1 on the ARIA chart and now enjoys Platinum status. Queen additionally achieved the rare feat of boasting three separate albums in the ARIA Top 5 – for five weeks this year.

When Freddie sang The Show Must Go On all those years back, even he couldn’t have guessed that Queen music would still be thrilling audiences. Next summer, the stadium stages of Australia will be well and truly rocked again.

The Australia dates are expected to be part of a wider tour of the region taking in also several East Asia dates.

Tickets for the RHAPSODY tour go on sale on Monday 15 April with staggered on sale times from 10.30am AEST. Check www.queenonline.comand www.tegdainty.com for more tour information.