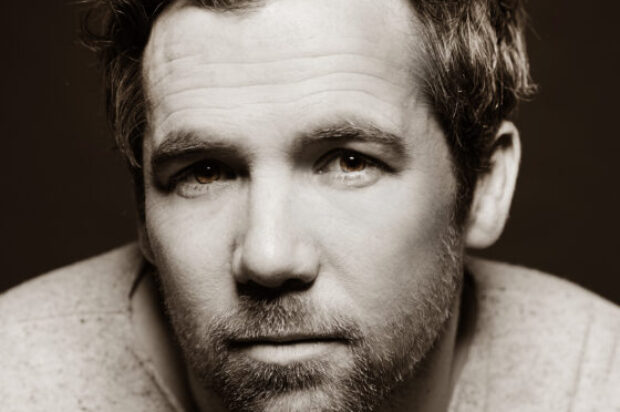 BINGE, Screen Australia and Screen NSW today announced production has begun in Sydney, Australia on a new Australian-made original titled Colin from Accounts, commissioned for the home of the world’s best shows.

The 8-episode romantic comedy is created and written by, and stars, Patrick Brammall (No Activity and A Moody Christmas) and Harriet Dyer (Wakefield and The Invisible Man).

Centred on Ashley (Dyer) and Gordon (Brammall), two single(ish), complex humans who are brought together by a car accident and an injured dog, Colin from Accounts is about flawed, funny people choosing each other and being brave enough to show their true self, scars and all, as they navigate life together.

BINGE Executive Director, Alison Hurbert-Burns said: “We are thrilled to announce that we’re going into production on this Australian original series, following the successful debut of our first original romantic drama, LOVE ME.

“Colin from Accounts, is a comedy packed script and a unique romantic story that is grounded by very relatable characters that we hope Australians will love”.

Easy Tiger’s Rob Gibson and Ian Collie said: “Dyer, Brammall, rom-com, cute dog: what’s not to love? It’s a delight to be working on this hilarious and big-hearted show with Harriet, Patrick, Trent, Matt and Maddy, which is a ridiculous amount of talent all in the one place.

“We’re very grateful to our partners at BINGE and CBS Studios, who immediately saw the appeal of Colin from Accounts for their audiences in Australia and around the world, and also of course to Screen Australia and Screen NSW for their wonderful support.”

Screen Australia’s CEO Graeme Mason said, “We’re thrilled to support creators Harriet Dyer and Patrick Brammall whose careers have been exploding overseas, as they join forces on this relatable and charming home-grown comedy. Teaming up with the talented producers at Easy Tiger, Colin from Accounts will undoubtedly delight and resonate with viewers on BINGE.”

“Colin from Accounts is a BINGE original series that aligns the production know-how of Easy Tiger with the creative team of Patrick Brammall, Harriet Dyer and Trent O’Donnell for an exciting rom com series set in Sydney.

“I know this 100% NSW-made production will deliver laughs for audiences at home and abroad,” Brunsdon said.

The series is distributed outside Australia and New Zealand by ViacomCBS Global Distribution Group.

The series commissioned for the Foxtel Group will be produced by Easy Tiger Productions and CBS Studios. It has major production funding from Screen Australia with support from Screen NSW.