Announcement of Dorothy in the Wizard Of OZ Australia

Dorothy John Frost QPAC queensland events THE YELLOW BRICK ROAD wiz of oz by Caroline Russo | on July 30, 2017 | 0 comments | in Entertainment | Like it 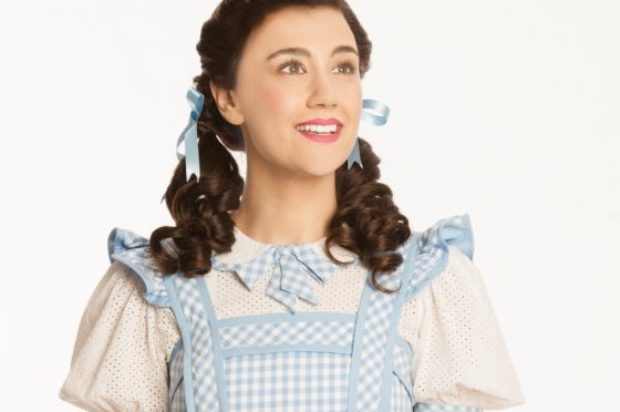 Producers John Frost and Suzanne Jones today announced their new star who will play the coveted role of Dorothy Gale in the upcoming Australian tour of the world’s favourite musical, The Wizard of Oz. Stepping out of the chorus and into the limelight, Samantha Leigh Dodemaide will wear the ruby slippers of Dorothy.
“Over 400 actresses sent in video applications, and after extensive auditions with the creative team in Sydney and Melbourne, we knew we had found our perfect Dorothy in Samantha,” said John Frost. “Dorothy Gale needs to be smart, brave, compassionate, selfless and encouraging to others, and Sam is all that and more.”

“Samantha’s career has been on an upward trajectory since she first trod the boards, and she is so ready to take on her first major musical leading role,” added Suzanne Jones. “I know that this will be the beginning of great things for her career. She is a supremely talented young woman on the rise.”

Samantha’s previous stage credits include ensemble and understudy roles in Singin’ in the Rain, Anything Goes, Sweet Charity, A Chorus Line and King Kong amongst others. In 2013, she was the winner of the prestigious ANZ Trustees Rob Guest Endowment Award, and is now taking on her first leading role in professional musical theatre.

Samantha will join The Wizard of Oz cast beside Anthony Warlow as The Wizard and Professor Marvel, Lucy Durack as Glinda the Good Witch and Jemma Rix as The Wicked Witch of the West. Further cast members will be announced shortly, along with the successful auditionees for the role of Toto.

The London Palladium production of The Wizard of Oz will have its Australian Premiere in Brisbane at the Lyric Theatre, QPAC from 4 November 2017 before travelling to the Capitol Theatre, Sydney from 30 December.

Developed from the ever-popular MGM screenplay, the London Palladium production of The Wizard of Oz contains the beloved Harold Arlen and E.Y. Harburg songs from the Oscar®-winning movie score, all the favorite characters and iconic moments, plus a few surprises along the way, including new songs by Tim Rice and Andrew Lloyd Webber.

The new production of The Wizard of Oz had its world premiere at The London Palladium Theatre in March 2011. After a successful West End run, the production had its North American premiere in Toronto in December 2012, and then embarked on a US tour from September 2013. The production boasts a stellar creative team: Jeremy Sams (direction), Robert Jones (set and costume design), Arlene Phillips (choreography), Hugh Vanstone (lighting design), Mick Potter (sound design), Jon Driscoll & Daniel Brodie (video/projection design), David Cullen (orchestrations) and Guy Simpson (musical supervision).

“Brilliant…A ten-star production if ever there was one!” – The Sunday Telegraph
“Enchanting, exciting and electrifying!! – ETalk CTV
“Over the rainbow and over the top fun! 5 stars!” – Breakfast Television Toronto

Click your heels together and join Scarecrow, Tin Man, Lion, Dorothy and her little dog Toto, as they journey through the magical land of Oz to meet the Wizard and obtain their hearts’ desires. Watch out for the Wicked Witch of the West and her winged monkeys as you rediscover the real story of Oz in this fantastic musical treat for the whole family.

The Queensland Government is proud to support The Wizard of Oz Premiere through Tourism and Events Queensland as part of the It’s Live! in Queensland events calendar. Queensland, just the place to experience Australia’s best live events.