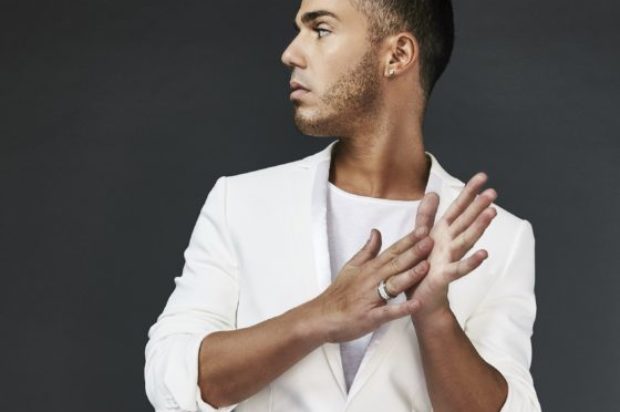 Acclaimed vocalist, Anthony Callea is set to release his seventh album, ARIA NUMBER 1 HITS IN SYMPHONY with the Melbourne Symphony Orchestra on September 1st through Sony Music Entertainment Australia. To coincide and celebrate this career defining release, Anthony will be performing with the prestigious Melbourne Symphony Orchestra, for a very special concert at Hamer Hall, Arts Centre Melbourne on September 8th.

Teaming up with renowned musical director and good friend John Foreman to produce the 12 track record, Foreman will also be conducting the concert with the Melbourne Symphony Orchestra at Hamer Hall on September 8th, an experience not to be missed.

Recording the album with the MSO in the famous Iwaki Auditorium with pop songs that we know Australia loves – having been derived from our very own official ARIA music charts – and a very special concert to celebrate at the iconic Hamer Hall, this collaboration with one of our country’s finest voices will be a unforgettable music experience. 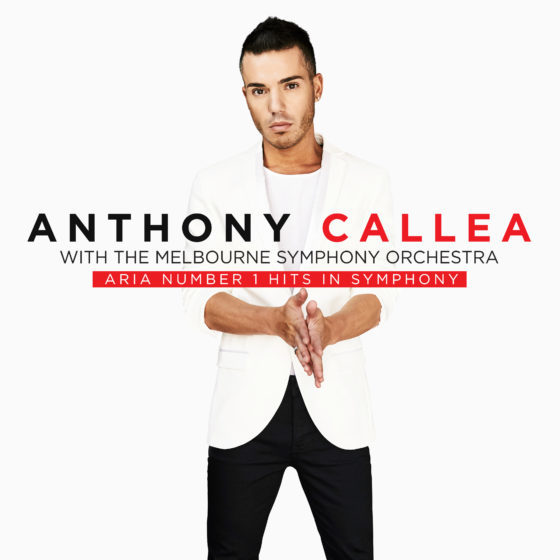 “As a singer who craves the art of live performance, I could not think of anyone else I would want to collaborate with than the Melbourne Symphony Orchestra, not only for their grandiose live concert experience, but also a stunning recorded body of work. With one of the finest orchestras in the world conducted by my dear friend and album producer John Foreman and collaborating also with my own incredible band members, these iconic ARIA Number #1 hits will be presented in a way you have never experienced before. Songs that have not only been part of my musical landscape for the past 30 years but have resonated with so many of us – the ARIA charts don’t lie.” – Anthony Callea

ARIA NUMBER 1 HITS IN SYMPHONY is the next chapter in an enormously successful career, which launched in 2004 with his multi-Platinum self-titled album release, and delivered the Highest Selling Australian Single, 4 X Platinum ‘The Prayer’. In 2016 Anthony enjoyed another career milestone with his sixth album, BACKBONE rocketing straight to #1 on debut in the ARIA album charts. With a string of multi-Platinum, Gold, Number 1 and Top 40 releases spanning over a decade, sold out national tours and touring with the likes of Celine Dion, Whitney Houston, Diana Ross & Mariah Carey, ARIA NUMBER 1 HITS IN SYMPHONY is Anthony’s definitive album that is made for the stage and will need to be seen live at Hamer Hall with the Melbourne Symphony Orchestra.

ABOUT THE MELBOURNE SYMPHONY ORCHESTRA (MSO)
Established in 1906, the Melbourne Symphony Orchestra (MSO) is an arts leader and Australia’s oldest professional orchestra. With Chief Conductor Sir Andrew Davis at the helm of MSO since 2013, it engages more than 2.5 million people each year through live performances, recordings, TV and radio broadcasts and live streaming. As a truly global orchestra, the MSO collaborates with guest artists and arts organisations from across the world.