APT8 HITS HALF A MILLION VISITORS AT GOMA APT8 HITS HALF A MILLION VISITORS

Over half a million people have now visited ‘The 8th Asia Pacific Triennial of Contemporary Art’ (APT8) at the Queensland Art Gallery | Gallery of Modern Art (QAGOMA), with the Gallery today welcoming its 500 000th visitor.

QAGOMA Director Chris Saines, who presented the lucky visitor and her family with a complimentary one-year Gallery membership and copies of exhibition publications, said APT8 would close in only three weeks on 10 April.

‘Since the record breaking attendance on the opening night last November, visitors have embraced this Triennial’s exploration of art from the region,’ said Mr Saines.

Premier Annastacia Palaszczuk said APT8 appealed to all ages, with children comprising 20 per cent of attendees.

‘The geographical scope of booked school visits has been one of the widest ever with children travelling from as far south as Victoria,’ said Ms Palaszczuk.

APT8 Cinema at the Gallery’s Australian Cinémathèque has reached new audiences with close to 4000 people attending screenings for programs including ‘Pop Islam’ and ‘Filipino Indie’.

Over 32 200 visitors have experienced APT8 Live – the monthly series of performances and talks that expand on the exhibition’s themes. APT8 Live continues this weekend, 20 March, when visitors can participate in sound workshops with artists Super Critical Mass, see QUT dance students perform Gabriella Mangano and Silvana Mangano’s 2015 work There is no there, and hear from performance art specialists in discussion forums.

Visitors can also enjoy tunes by Dub Temple Records DJs and a special food and bar menu from 2.30-5.00pm at the GOMA Cafe Bistro. The final APT8 Live coincides with the closing weekend of the exhibition – 9 and 10 April.

Audi Australia Pty Ltd’s Managing Director, Andrew Doyle, said the company was proud to continue its partnership with QAGOMA in the role of APT8 Principal Sponsor.

‘APT8 has proven enormously successful with visitors to the Gallery, and we commend QAGOMA on achieving this success through strong curatorial and programming work. We also appreciate the Gallery’s continued work exploring the contemporary art practice of some of the region’s leading visual artists’, Mr Doyle said.

‘Audi’s partnership with QAGOMA gives us a very valuable and rich opportunity to give back to the community. As a progressive brand, it’s important that we support organisations that enrich cultural life in Queensland, as the Gallery does. We look forward to continuing this rewarding partnership into the future.’

APT8 traverses both the Queensland Art Gallery and the Gallery of Modern Art and includes major installations and work by leading artists from Asia and the Pacific. The Gallery’s flagship contemporary art event has garnered national and international coverage for its ground breaking model and ambitious scale.

APT8 features works by over 80 artists from more than 30 countries. Entry to every component of the exhibition is free.

The Queensland Government is the Founding Supporter of the Asia Pacific Triennial of Contemporary Art series. APT8 is made possible with the support of Principal Sponsor Audi Australia, and Principal Partners Tourism and Events Queensland as part of a dynamic calendar of events throughout the State, and the Australia Council for the Arts.

APT8 Live is supported by the Commonwealth through the Department of Foreign Affairs and Trade. 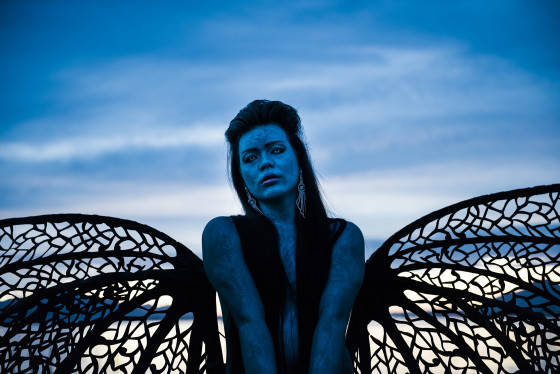