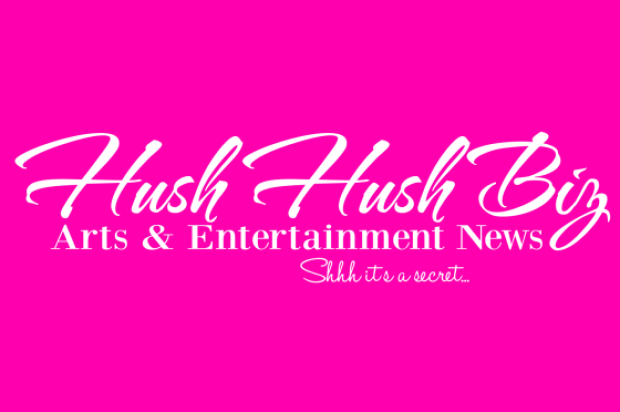 Lord Mayor of Brisbane, Cr Quirk said “As APSA enters its 10th year it is my privilege to announce that internationally respected and revered academic and filmmaker, Professor Hong-Joon Kim (Republic of Korea) will, again, chair the APSA International Nominations Council. This marks Professor Kim’s 10th year in steering the all-important nominations process. We are honoured to have him once again undertake this incredibly important task and thank him for his tireless commitment to APSA, its Academy and the filmmakers of Asia Pacific.”

Chair of the APSA International Nominations Council, Professor Hong-Joon Kim said “The Asia Pacific Screen Awards film competition has grown remarkably since its beginnings. The creative voices of this region have become powerful and a new wave of debut filmmakers with distinct and strong storytelling is seen every year. Asian cinema and that of the Pacific has come a very long way in just ten years and APSA has provided an invaluable platform for global recognition and funding support of this important region.

Cr Quirk said he looked forward to welcoming the International Nominations Council to Brisbane in September when they meet to deliberate and determine the nominees for the 10th APSA’s feature narrative achievements for Best Feature Film, Achievement in Directing, and Cinematography, Best Screenplay, Best Performance by an Actor and Actress, and the prestigious APSA presented in partnership with UNESCO for outstanding contribution to the promotion and preservation of the cultural diversity through the medium of film.

Chairman of the Asia Pacific Screen Awards and its Academy, Michael Hawkins said “As we enter the 10th year of the APSAs it is timely to reflect on our remit to acclaim cinematic excellence and celebrate cultural diversity. For an event with culture at its very core, to have actively engaged with the filmmakers of 58 of 70 Asia Pacific countries and areas speaks to the calibre of the APSA Competition. These connections are made through our partnership with FIAPF (International Federation of Film Producers’ Associations) liaising with their local FIAPF organisation, through the International Nominations Council’s invitation process, and also through the rigour and determination of APSA’s Film Department in making connections throughout the region and maintaining networks and relationships.

“The result over nine years has been a bold and robust competition which has seen many first or second time filmmakers competing with the auteurs and established masters in their craft. Films from emerging film industries are considered alongside the filmmaking powerhouse countries of the region. Discovery of emerging voices has been a hallmark of the APSA Competition and is testament to the exhaustive and rigorous competition process.”

The Asia Pacific Screen Awards are the region’s highest accolade in film and will be held on Thursday 24 November 2016 in Brisbane, Australia.

The Asia Pacific Screen Awards, now with a permanent home in Brisbane; Australia’s New World City, are presented by Treasury Casino & Hotel, supported by Brisbane City Council and managed by economic development board Brisbane Marketing. APSA has the privilege of a unique collaboration with Paris-based UNESCO and FIAPF-International Federation of Film Producers Associations, and recognises and promotes cinematic excellence and cultural diversity of the world’s fastest growing film region: comprising 70 countries and areas, 4.5 billion people, and is responsible for half of the world’s film output.

All nominees, International Nominations Council, Nominee Selection Panels and APSA International Jury members are inducted into the APSA Academy presided over by President, Australian screen legend Jack Thompson AM PhD. The Academy boasts over 870 of the region’s leading filmmakers and provides exclusive networking, development and funding opportunities available to Academy members through the APSA’s association with NETPAC, the MPA APSA Academy Film Fund, and Academy mentoring opportunities for the next generation of Asia Pacific filmmakers through the Asia Pacific Screen Lab in collaboration with Griffith Film School. The APSA’s Academy partner, the European Film Academy shares the common interest of presenting pan-International Awards that promote and award excellence in cinema.

Hong-Joon Kim (Chair) Republic of Korea
Professor, Department of Film, School of Film, TV and Multimedia, Korea National University of Arts
Hong-Joon Kim was Festival Director of the Puchon International Fantastic Film Festival and Commissioner of the Korean Film Council from 2000-2005. His published books include I, a Filmmaker: Kim Hong-Joon’s Film Notes and Two or Three Things You Want to Know About Movies. Hong-Joon Kim is an award-winning director, and screenwriter of films including Jungle Story and La Vie En Rose. He hosted and co-wrote the television series Korean Classical Cinema Special.

Maxine Williamson Australia
Film Director, Asia Pacific Screen Awards and the Brisbane Asia Pacific Film Festival
Since the inception of the Asia Pacific Screen Awards in 2007, Maxine has been instrumental in establishing the APSA brand, building the awards competition, and industry and filmmaker networks. Maxine’s 11 years in the exhibition and distribution of independent, art house and foreign language cinema equipped her well to establish and maintain the integrity and governance of the APSA Awards Competition and Academy Film Funds. A NETPAC and APN (Asia-Pacific Producers’ Network) member, she has also been a creative producer on the APSA documentary series Scene by Scene, promoting the films and filmmakers of the Asia Pacific, broadcast on CNN International from 2007 – 2009 and on ABC network in 2010 – 2011.

Dr Anne Démy-Geroe Australia
Specialist in Asia Pacific cinema, Griffith Film School
Dr Anne Démy-Geroe teaches Asian Pacific cinema at Griffith Film School and holds a PhD on Iranian cinema from the University of Queensland, is a board member of the Network for the Promotion of Asian Cinema (NETPAC) and a member of the Nominations Council for the Asia Pacific Screen Awards. Currently Co-Director of the Iranian Film Festival Australia, she was the inaugural director of the Brisbane International Film Festival from 1991 to 2010. This year she chalked up her 17th year at the Fajr Film Festival in Tehran, twice as a jury member. Anne is interested in both the aesthetics and politics of Asian cinema.

U-Wei Bin HajiSaari Malaysia
A leading figure of Malaysian new wave cinema, U-Wei Bin HajiSaari is a published art writer, essayist and newspaper columnist and was the first Malaysian director to have a film selected for the Cannes Film Festival. A native of Pahang, Malaysia, he studied filmmaking at the New York school for social research in New York City. He is an active member of the Malaysian Film Director’s organisation. His film Woman, Wife and Whore (1993), received five awards at the 11th Malaysian Film Festival, including Best Film, Best Director and Best Screenplay. In 1995, The Arsonist, was invited to Un Certain Regard in Cannes Film Festival as well as Berlin, Montreal, Nantes, Fribourg, New York and Busan and was awarded Grand Prix at the Brussels Film Festival. Nantes Film Festival held a retrospective of his work in 2001. HajiSaari became a member of the Asia Pacific Screen Academy in 2013 when his film Hanyut (Almayer’s Folly), based on the novel by Joseph Conrad, saw him nominated for the APSA Best Screenplay award. Hanyut also received a Special Honour Award at the 2013 Asean International Film Festival.

Igor Gouskov Russia
Film Critic, Journalist
Igor is a highly-regarded journalist, film critic and festival programming consultant. Since 1993 Igor has reported from the Cannes International Film Festival for the largest Russian radio station Europa Plus, and Russian press. He was a FIPRESCI jury member at Cannes in 2010 and a Programming Director of VOICES Festival in Vologda in Russia from 2010 to 2013. Igor has been an Artist Director of the festival Message To Man in St Petersburg in 2012, a programmer to international film festival Black Night in Tallinn in Estonia and an advisor to the countries of the former Soviet Union for Director’s Fortnight in Cannes.