AUDITIONS NOW OPEN FOR IN THE HEIGHTS 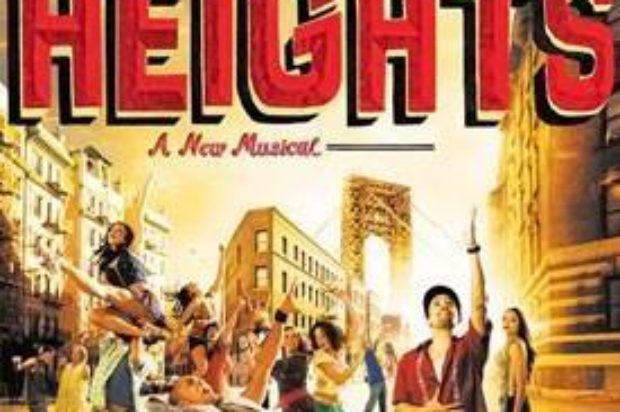 IN THE HEIGHTS AUDITIONS NOW OPEN!

IN THE HEIGHTS, written by Lin Manuel-Miranda, Creator of Hamilton on Broadway.

Matt Ward Entertainment and Brisbane Powerhouse are seeking talented cast members for their upcoming Brisbane season of IN THE HEIGHTS, Directed by

Tim Hill (Mary Poppins, RENT) and Choreographed by Jack Chambers (So You think you can dance, Singing In The Rain) playing Brisbane Powerhouse Theatre

from November 23 2017. In The Heights is a profit share production for Principal characters only.

In The Heights is the Tony Award Winning, first Musical written by Lin Manuel Miranda the creator of current cultural phenomenon Hamilton.

The story is set over the course of three days, involving characters in the largely Hispanic-American neighbourhood of Washington Heights in New York City.

Featuring a ground-breaking score of rap, hip-hop and latin music, In The Heights is a non-stop ride of heartfelt energy and excitement.

The Creative team are looking to create a large cast version of this Tony Award Winning show. Featuring 12 principle characters, an ensemble of approximately

20 dancers who specialise in Latin, Urban and hip-hop styles and a choir ensemble singing in both English and Spanish Languages.

All submissions must include a CV and current colour photograph. Video submissions for interstate actors will be accepted.

Submissions must include: • Height (in cm) • Vocal range • Role

Email all submissions to: [email protected]

All auditions are by invitation only.
Only those successful in gaining an invitation will be contacted further.

We are looking for an ensemble of strong dancers particularly in Urban, Hip-Hop and Latin styles.

We are looking for dancers capable of holding harmonies and vocal parts.

We are looking for a choir who will be visable on stage and sing in both English and Spanish.

We are open to individual applications as well as already formed groups.

cultural and ethnic backgrounds to apply.

Performers from ALL genres, not just musical theatre specialists will be considered.

For further information on Auditions and performances please visit

IN THE HEIGHTS will be proudly presented at Brisbane Powerhouse from 23-26 November 2017. For tickets and information please visit. www.intheheights.com.au