AUSSIE AND KIWI FILMS, STARS AND LEGENDS ROCK 71st AIMC THIS WEEK ON THE GOLD COAST AUSSIE AND KIWI FILMS, STARS AND LEGENDS ROCK 71st AIMC THIS WEEK ON THE GOLD COAST

The 71st Australian International Movie Convention wrapped this week at Jupiters Gold Coast after a five-day celebration themed “all that is great about the movies”.

A record-breaking delegation of just over 1,000 converged for the five-night/four-day convention, where film distributors screened films, trailers and top-secret teasers from their upcoming slates; box office and achievement awards were presented and industry panels covered issues from piracy to trends in cinemas to social media marketing and more. Chris Hemsworth received the AIMC Star of the Year Award but was not in attendance.

Of the seven feature films screened this week at AIMC, three are Australian: 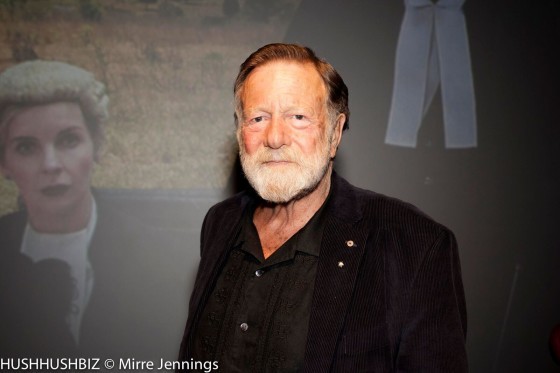 Don’t Tell – attended by cast members Jack Thompson AM, Rachel Griffiths, Sara West, Gyton Grantley, Martin Sacks and Robert Coleby
Jasper Jones – introduced by Director Rachel Perkins
Lion – Sue and Saroo Brierley, the mother and son at the heart of this incredible true story were special guests at this screening in an evening presented by Screen Australia and Transmission Films

• Box Office Achievement Award for the Highest Grossing Film in New Zealand for 2015-16 went to STAR WARS: THE FORCE AWAKENS with a box office gross of NZD$14.6 million.

• Highest Grossing Australian Film for 2015-2016 was THE DRESSMAKER with a box office gross of AUD$20,271,661– on collecting the award, Producer Sue Maslin said: “This is the most important award that any producer could share as it shows that our efforts to connect with the audience have paid off. Mike Baard and his team at Universal were the perfect partner on The Dressmaker and I can’t thank the exhibitors enough for getting behind the film”.

A special AIMC Award was presented to David Stratton and Margaret Pomeranz during the convention in recognition of their incomparable partnership and immeasurable contribution to the Australian film industry. Both David and Margaret were present to collect their awards.

Tim League, founder and CEO of Alamo Drafthouse Cinemas, Drafthouse Films and Fantastic Fest and part of the vanguard shaping the evolving movie-going experience in the US, delivered a standout keynote address. Known for the zero tolerance policy on mobile phones that forms part of the etiquette required of The Alamo patrons, this social media-savvy all-rounder discussed his unique programming and in-theatre dining offerings which are proving hugely successful, especially to tech-obsessed younger audiences. 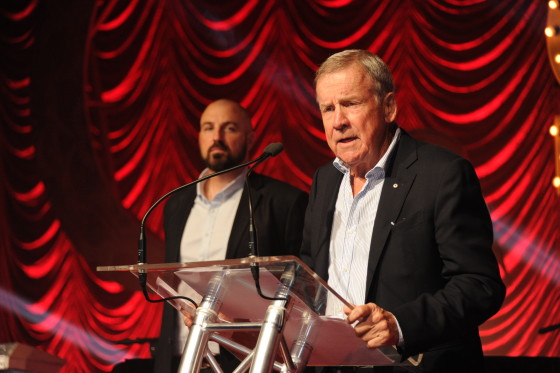