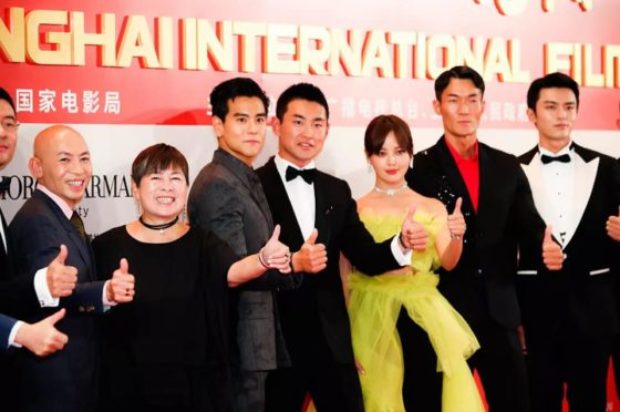 The Australian Academy of Cinema and Television Arts (AACTA) has launched the third year of their Asia International Engagement Program in Shanghai, holding an exciting China | Australia Film Forum and Panel Discussion and an exclusive gala dinner to celebrate the 2019 Program.
Over 300 guests attended the gala dinner at Wanda Reign on the Bund, which included a stand out performance from Chinese boy band WayV.

During the gala dinner, AACTA announced many of the films competing for a nomination for the 2019 AACTA Award for Best Asian Film presented by Eureka International Group (EIG), which honours the finest films of the past year from 19 Asian regions, reflecting the popularity and importance of Asian films in Australia.

Also attending the gala dinner to introduce their competing films were: Renny Harlin, director of crime thriller BODIES AT REST which opened the Hong Kong International Film Festival earlier this year; and president and CEO of Perfect Village, Ellen Eliasoph, who introduced THE WHISTLEBLOWER, one of the biggest Chinese-Australian co-productions ever made.

Also in competition are: the first Korean film to win the Palme d’Or, dark comedy PARASITE; South Korea’s Best Foreign Language Film Oscar® entry and the first Korean film to make the Oscars® final nine-film shortlist, psychological drama mystery BURNING; action comedy EXTREME JOB, which is the second most- viewed film in South Korean history; Sundance and Berlinale Award-winning Japanese drama WE ARE LITTLE ZOMBIES; and Japanese animation WEATHERING WITH YOU, from filmmaker Makoto Shinkai whose 2016 animation YOUR NAME is the highest-grossing anime film of all time.

The winner of the Best Asian Film Award will be determined by the 2019 Best Asian Film Grand Jury, led by Oscar® and multiple AFI and AACTA Award-winning actor Russell Crowe, who will return as President.
It was also announced at the event that Hong Kong Film Award-winning actress Chloe Maayan (THREE HUSBANDS, LONG DAY’S JOURNEY INTO NIGHT) and Shaw Brothers Executive Director Virginia Lok will join Crowe on the 2019 Best Asian Film Grand Jury. Finnish director Renny Harlin (THE LONG KISS GOODNIGHT, BODIES AT REST) and Australian producer Paul Currie (HACKSAW RIDGE, BLEEDING STEEL) will also return as Grand Jurors.
The AACTA Award for Best Asian Film presented by Eureka International Group will be presented at the 2019 AACTA Awards presented by Foxtel, held on Wednesday 4 December 2019 in Sydney at The Star Event Centre and telecast nationally on Channel 7, with encore screenings on Foxtel.

While in Shanghai, AACTA will also hold a China | Australia Film Forum and Networking Party on Tuesday 18 June at Sky Banquet Show. The event will provide those in attendance with unique and informative insights into co-productions and collaborations between Australia and China from creative, cultural, business, and financial perspectives.

“We are proud to return to Shanghai to launch the third year of our Asia International Engagement Program, and to continue encouraging, promoting and growing the opportunities for creative collaborations and meaningful pathways between our film industry and those of our Asian neighbours,” said AFI | AACTA CEO Damian Trewhella. “We’re also thrilled to present tomorrow’s Film Forum, which will focus the importance of encouraging and fostering creative and cultural exchange between the Australian and Chinese film industries – an essential area of growth which has incredible potential to give our industries access to wider pools of talent, special skills, expertise, infrastructure, and funding, among other areas.”

“As the presenting partner for the AACTA Award for Best Asian Film, we are proud to see such a diverse slate of world-class films representing regions from all around Asia in competition for this year’s Award,” said Eureka International Group Chairman Kelvin Dong. “It’s an exciting time of growth for the film industries in Australia, China, and the wider Asian region, and we are proud to join AACTA in recognizing film excellence in these regions.”

“Australian Chinese audiences have had a tremendous impact on the Australian film industry, and Matrix has been committed to the integration of Chinese and Western cultures to achieve further mutual understanding and cooperation,” said Sammy Shi, CEO of Organising Partner Matrix United Technology Pty Ltd. “By working with AACTA’s Asia International Engagement Program, Matrix hopes to effectively build a strong cooperation channel between Australia and China’s film and television industry, and to provide a stronger international stage for Chinese films and film producers.

“When Harvest Pictures Group first took the idea of the Asia International Engagement Program to AACTA we imagined it could help build connection and understanding between Australia and Asia through the power of sharing our stories. With the fantastic work of the Australian Academy and our new partner in the program Matrix, it has already surpassed our expectations and we look forward to continuing to grow the program and the important cultural and commercial links it can support and nurture,” said David Redman and Tony Commbs, Co-CEO’s of Harvest Pictures Group, who are a partner to AACTA’s 2019 Asia International Engagement Program.