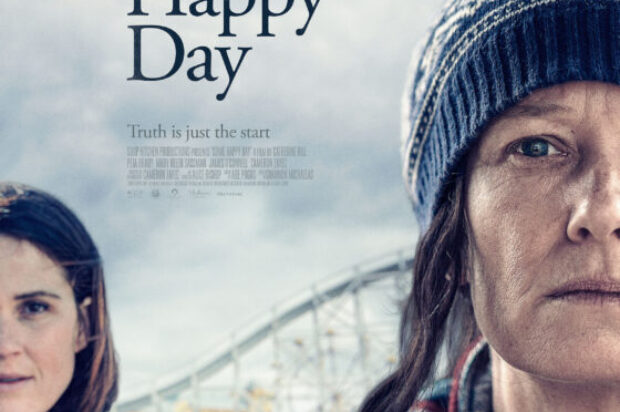 An Australian filmmaker’s award-winning independent feature and social impact film, Some Happy Day – which aims to change perceptions of homelessness and inspire action and behavioural change – is at the heart of an impact campaign supported by several high-profile partners.

Director, writer, and producer Catherine Hill’s first film is a passion project, inspired by 20 years as a case manager and crisis worker with marginalised and often street homeless men and women.

Hill funded most of Some Happy Day personally, and she and co-producer Cecilia Low engaged an Impact Producer – Rowen Smith of Screenkind – to collaborate with them on a long-tail strategy for the film, which will start to roll out from next week.

The strategic partnerships Screenkind has forged with aligned brands, companies, and organisations – including the award-winning property developer Mirvac; Dymocks; Australian Alliance for Ending Homelessness; St Vincent de Paul Society Victoria (recent CEO Sleepout attendees in Victoria watched the film on the night); award-winning PropTech PEXA; Lions Clubs; the IGA network of over 1,300 independent family-owned businesses and Are Media’s ‘Unhoused’ Campaign – will roll out via various initiatives and activations in the lead-up to National Homelessness Week (August 1-7) and beyond.

Using the film to help humanise homelessness, the Impact Campaign’s broad remit is: to challenge general assumptions and foster a better understanding of homelessness to encourage a constructive conversation around a worsening national crisis inextricably linked with trauma, domestic violence, and rising living costs to inspire action and encourage people to be part of the solution through volunteering, donating, and engaging in advocacy to inform policy makers, to educate within our schools and industries, and to bring empathy and change at a grassroots level to support communities, volunteers, social workers, and educators in broadening their understanding and practice of working with, and on behalf of, people experiencing homelessness to advocate for a national Housing Policy that affords every Australian the basic right to a secure, safe home and enables them to live with dignity

Plans are in progress for a special Parliamentary screening in Victoria during Homelessness Week, hosted by Fiona Patten, Member of the Legislative Council for the Northern Metropolitan Electorate, and leader of the Reason Party.

“’Some Happy Day’ poignantly depicts the actual face of homelessness. It shows the human that many of us walk past daily without thinking or seeing. As the chair of the Parliament’s homelessness inquiry, I know that this is the story of the growing number of people experiencing homelessness. ‘Some Happy Day’ is a call to action and one we must, as a civil and compassionate society, heed”, said Patten. 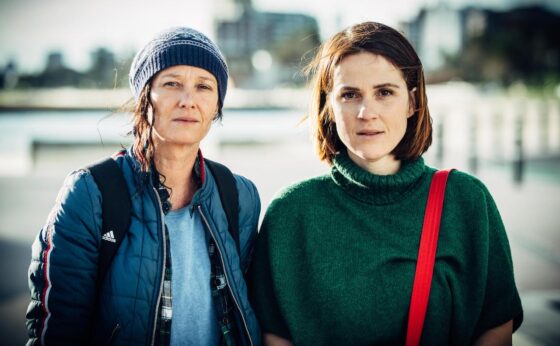 Some Happy Day follows Tina, a homeless woman in desperate search of a better life, who meets Frances, a social worker with troubles of her own. Over a single day their lives interweave, revealing unsettling connections that lead to change and redemption.

Hill wrote the role of Tina for Peta Brady, a renowned Australian theatre and television actor, and part-time drug and alcohol worker at The Salvation Army Needle and Syringe Program in St Kilda. Some of the actors have lived experience of homelessness, and other cast and crew also work in social services. Such is their belief in this film, the entire cast and crew worked for free.

Rowen Smith says she and the filmmakers are very grateful to the organisations and partners who have been keen to support Some Happy Day’s Impact Campaign.

Catherine Hill said: “Since our very first screening on World Day of Social Justice in February, we’ve been humbled and heartened by the amazing response to the film, and by the individuals and organisations we have encountered who acknowledge homelessness as an urgent priority for us to address as a society”.

The film’s high-profile supporters include best-selling author, media commentator and recent political candidate Jane Caro AM, who said: “It’s an incredible film, shining a strong light on an issue that often flies under the radar, which is homelessness, particularly older women’s homelessness. It takes you inside the terrible insecurity, the lifetime of damage and trauma which leads people to being trapped in this situation. I encourage everyone to go see it. I’m delighted Catherine and her team made this film to make sure we get inside the heart and soul of people who find themselves living rough.”

From August 1, Some Happy Day will launch on SBS On Demand.

For a modest licence fee, these screenings can be held in cinemas, as in-person events at workplaces or community centres, or hosted virtually via a link from the film’s website – to book a screening, visit somehappydayfilm.com/host-form

Some Happy Day donates a percentage of the licence fees/proceeds from every Impact Screening to their major partner, The Sacred Heart Mission, a service working with and advocating for those experiencing homelessness. The Mission, and the Salvation Army Statewide Crisis Service in Victoria, supported the film during production, providing in-kind assistance and access to their locations. To donate to the Sacred Heart Mission, visit sacredheartmission.org/donate/

Rowen Smith is still pursuing funding to support two major aspirations of the Impact Campaign – the first an Educational Impact Resource for schools, TAFES and Universities, and a resource targeting Year 11 and 12 teachers – to inspire a new generation of advocates. The second is a Volunteer Induction Resource, to be distributed to Support Services across the country, to help support a robust, well informed, and empathetic volunteer cohort. Anyone interested in sponsoring can email [email protected]

To donate, or for information on screenings and fundraisers, visit somehappydayfilm.com. Some Happy Day debuts on SBS On Demand on August 1 and will be available on the Some Happy Day website from August 8.