18-piece Swing on This Big Band Ben Mingay luke kennedy Michael Falzon (We Will Rock You The Ten Rob Mills by Caroline Russo | on October 27, 2016 | 0 comments | in Entertainment | Like it 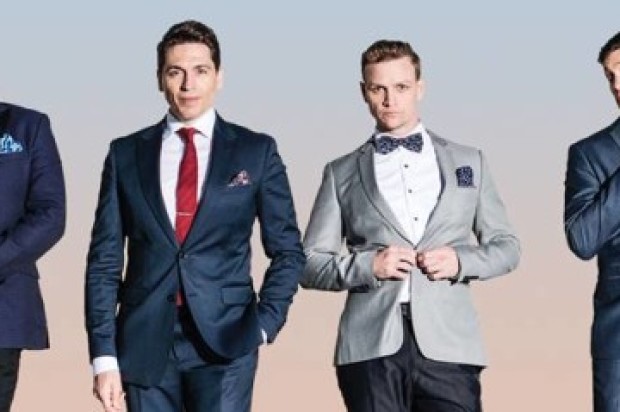 Queensland get ready to swoon as four of Australia’s leading stage and screen stars will unite in true ‘Rat Pack’ style for Swing on This at Queensland Performing Arts Centre’s (QPAC’s) Concert Hall on Saturday 7 January 2017.

In the hottest show of the summer, Michael Falzon (We Will Rock You, Rock of Ages), Brisbane’s own Luke Kennedy (Runner up The Voice Australia 2013, The Ten Tenors), Rob Mills (Legally Blond, Grease) and Ben Mingay (Wonderland, House of Bond) will deliver a modern and audacious take on all-time swing classics from Sinatra and Bublé, to rock and pop hits from Oasis, Farnham and The Proclaimers.

Accompanied by the 18-piece Swing on This Big Band and some very special guests to be announced, the four friends will bring audiences along for the fun as they perform timeless hits such as Fly me to the Moon and My Funny Valentine, recapturing a bygone era, with liberal dashes of contemporary charm and cheeky irreverence.

Created for the 2014 Adelaide Cabaret Festival, where it ‘brought the house down’, it’s now Queensland’s turn to ‘get a kick out of’ Swing on This and its star-studded collection of some of Australia’s most talented leading men. Tickets on sale now. To book go to qpac.com.au or phone 136-246.